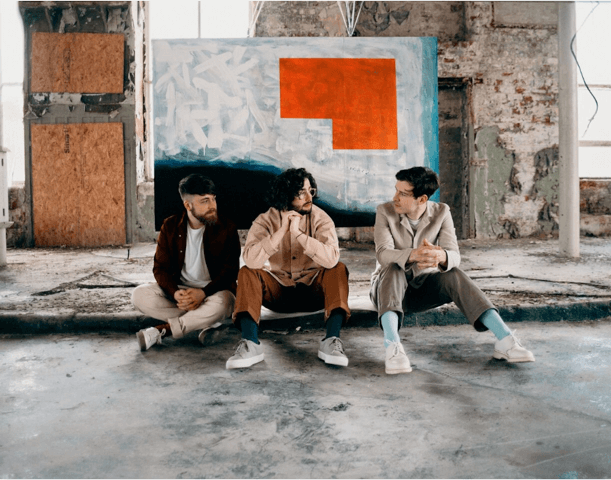 Fatherson will head to Manchester’s Night People hot on the heels of the release of their third album Sum Of All Your Parts.

Come early 2017, Fatherson – comprised of vocalist/guitarist Ross Leighton bassist Marc Strain and drummer Greg Walkinshaw – found themselves at a turning point. Digging up their roots and decanting to a new studio home in Glasgow, they longed for a change.  That change came in the form of their new album Sum Of All Your Parts which was released on 14 September via Easy Life Records.

Forming in Kilmarnock, Scotland, in early 2010, Fatherson immediately captured hearts with their raw, honest alt-rock sound. Inspired by Scottish stoicism as much as their own personal turmoil, debut album I Am An Island and its 2016 follow-up Open Book were masterclasses in full-throttle rock songwriting, and garnered support from (and tours alongside) their north-of-the-border brethren in Biffy Clyro, Frightened Rabbit, Idlewild and Twin Atlantic, as well as further runs alongside the likes of Kings Of Leon, Augustines, Enter Shikari and more. Open Book jumped straight in at No.2 in the Scottish album charts as well as performing strongly in the U.K. Other recent highlights include packing a 12,000 person tent at T in the Park.

“I think this is the first attempt at being a bit more specific, lyrically,” explains bassist Marc Strain about the album. “I was listening to a lot of Frank Ocean, who’s very specific with his lyrics, even though it’s very ambiguous. You might never know what it actually meant, but you can extrapolate something that’s a bit more personal. It’s less of a generalisation on the whole – it’s like, ‘I feel like this about this, and you can understand it or you can not’.

Sum Of All Your Parts was recorded live and in chronological sequences with Claudius Mittendorfer.  “A big part of this process was trying to capture that feeling of when you play a song together for the first time, and you look at each other in the face and get that smile that you can’t get rid of,” explains Walkinshaw. “We weren’t so concerned about some of the pop sensibilities – it’s a little bit more raw, and a little bit more loose, and a bit funner, at points.”

When do Fatherson headline at Manchester’s Night People?

Fatherson headline at Night People, Manchester, on Friday 5 October.  Sum Of All Your Parts was released on 14 September.