Interpol rerelease Our Love To Admire ahead of Albert Hall date 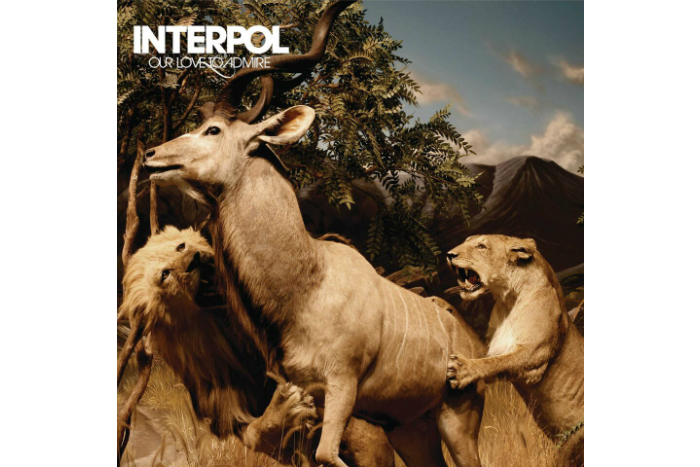 Interpol have released a 10th anniversary edition of Our Love to Admire in the run up to their gig at Manchester’s Albert Hall.

In the late 90s, Interpol emerged as one of the American indie-rock scene’s most exciting and inventive new bands. The New York outfit’s artfully layered sound drew comparisons to a multitude of notable post-punk combos, but Interpol’s cutting-edge sound was wholly its own. That’s the case with 2007’s Our Love to Admire, the band’s third album as well as its first major-label release and one of the group’s biggest selling albums.

Now, in the run up to their UK shows in Manchester and London, Interpol have released three special expanded-edition reissues of Our Love to Admire, celebrating it’s tenth anniversary.  They have released a two-LP vinyl set, a double LP with bonus DVD and a DC/DVD set.  The LP and CD debut a new edition of the original album, remastered for this release by Gavin Lurssen with all of its original packaging intact.  The bonus DVD captures the band’s 12-song performance at the London Astoria on July 2, 2007 and includes live versions of several songs from Our Love to Admire, along with such earlier Interpol favourites as Narc, Obstacle 1, Public Pervert, Evil and NYC.

Upon its release, Our Love to Admire debuted in the Top Five in both the U.S. and the U.K.  The album marked a critical and commercial breakthrough for the band.

Where and when do Interpol play in Manchester?

Interpol headline at Manchester’s Albert Hall on 3 September.  The show is one of two UK dates, with the band also playing at London’s Alexandra Palace on 1 September.