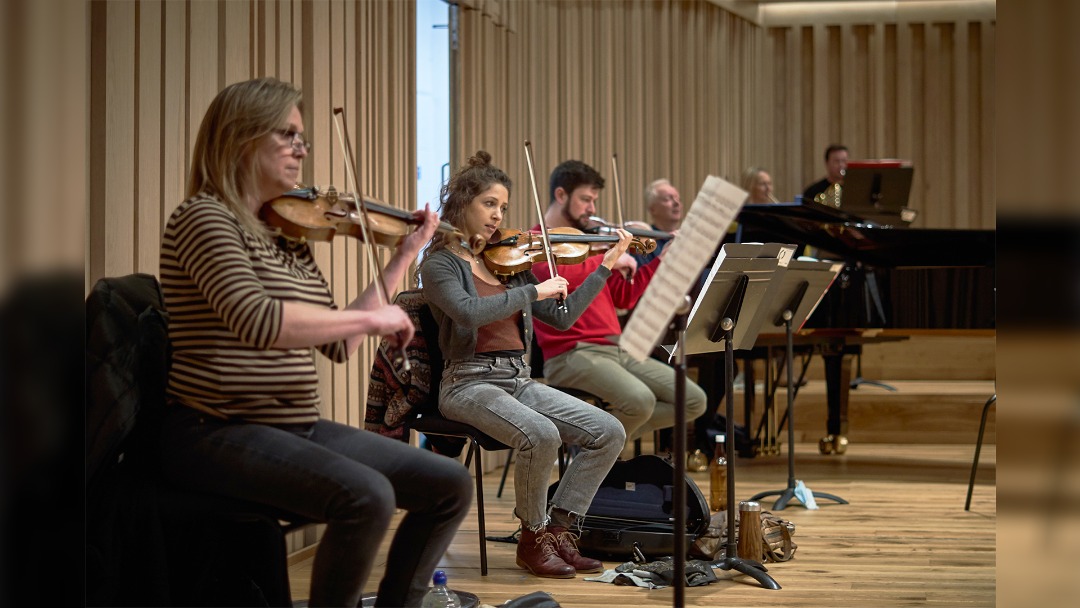 Manchester Camerata will present a new concert on BBC Radio 3 as part of the station’s Manchester Week series.

The one off concert is directed by Manchester Camerata’s Leader Caroline Pether and features music from Schoenberg, Janacek and Mozart as well as the Ivor Novello award-winning composer, broadcaster and turntable artist Shiva Feshareki.

As a turntablist, the British-Iranian experimental composer, plays her compositions solo and alongside classical orchestras. Born in London in 1987, she obtained a Doctorate of Music from the Royal College of Music and in 2017 she was honoured with the Ivor Novello Award for Innovation (formerly British Composer Award).

BBC Radio 3’s Manchester Week of pre-recorded and live concerts, broadcast as part of the In Concert slot, showcases some of the very best of the city’s orchestras, venues and musicians.

The concert itself was filmed at Manchester’s Stoller Hall.

Speaking about the concert, Manchester Camerata CEO bob Riley commented, “We are so thrilled to be back on BBC Radio 3 where we are able to re connect with our regional, national and international audiences with this stunningly versatile and exciting concert. Supporting our freelance musicians and showcasing their extraordinary talents alongside the likes of the very brilliant Shiva Feshareki in a really diverse sums up what we are about as an orchestra – shaking up the classical music world and making it current, vibrant and relevant to musical lovers of all genres and all ages. It is also great to be part of a season which sheds a spotlight on the vast regional talent and all the great music that is available in Manchester.”

Manchester Camerata’s (pictured rehearsing above) concert is broadcast on BBC Radio 3 at 7.30pm on 23 March 2021.  The concert will be made available on YouTube at a later date.