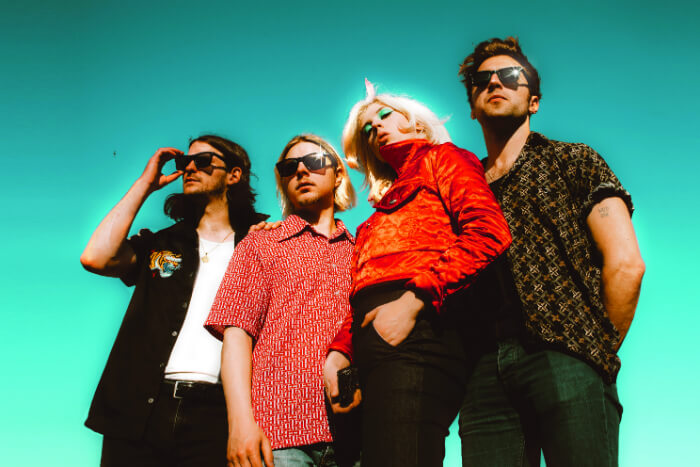 Black Honey have revealed their new single, the excellent disco-pop infused Midnight, ahead of a run of dates in October including a Manchester gig at Manchester Academy 2.

Midnight is taken from Black Honey’s highly anticipated debut album, which has been three years in the making.

Black Honey’s self-titled debut is due for release on 21 September ahead of their biggest ever UK tour.  With the exception of 2016’s Hello, Today (the track that saw the band become a household name at Radio 1), and the 2017 closer Dig, the album is made up of entirely new music with 9 brand new songs on offer.

It’s the weird and wonderful mind of Philips – her lovable but villainous, Milky-Bar-kid-meets-Debbie Harry persona – that you find very much at the heart of Black Honey. An open sufferer of both dyslexia and ADHD, she’s a huge advocate for self-expression without limit and has relied hugely on her band – Tom Dewhurst (drums), Tom Taylor (bass) and Chris Ostler (guitar) – to channel everything that comes from her obsessive and dizzyingly creative head and bottle it into music. The album as a result is ultimately a collage of chaos, shot straight at the heart – honest, inspiring and deeply infectious.

When do Black Honey headline at Manchester Academy 2?

Black Honey headline at Manchester Academy 2 on 21 October 2018.  Their debut album is set for release on 21 September – it’s available on pre-sale now.