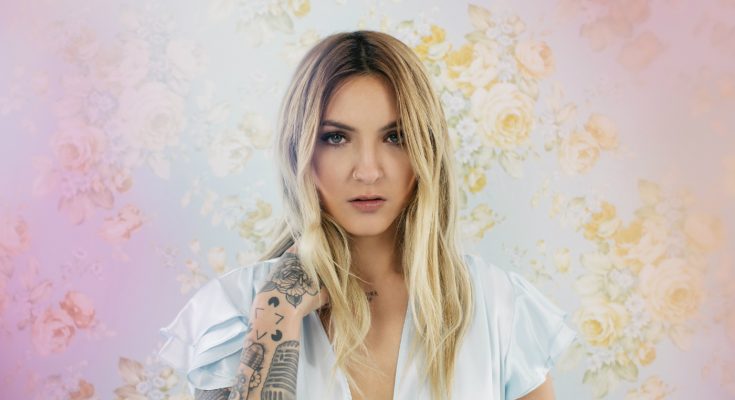 Julia Michaels will be performing at Manchester’s O2 Apollo this spring, supporting Niall Horan on the European leg of his Flicker World Tour.

The breakthrough artist of 2017, Julia Michaels released her multi-platinum selling debut single Issues last year.  The track became one of the best-selling songs by a new artist released in the year and quickly racked up more than 480 million streams.  Issues marked the ninth Billboard Hot 100 Top 40 hit Julia Michaels had co-written and her first as a solo artist.

Continuing the success of 2017, the breakthrough American star recently lent her vocals to the Clean Bandit hit single, I Miss You, and has two songs on the upcoming Fifty Shades Freed soundtrack, to be released 9 February.

Prior to making her debut as a solo artist, Julia Michaels became one of pop music’s most in-demand songwriters, co-writing a string of hits alongside Justin Tranter including smashes like Justin Bieber’s Sorry, Nick Jonas ft. Tove Lo Close, Selena Gomez’s Good for You (feat. A$AP Rocky) and Hands To Myself, Hailee Steinfeld Love Myself, Britney Spears Slumber Party, Gwen Stefani Used To Love You and, most recently, Selena Gomez’s Bad Liar, Ed Sheeran’s Dive, and John Legend’s Surefire. The cumulative worldwide stream count for songs Michaels has co-written exceeds 10 billion to date.

Where and when does Julia Michaels perform in Manchester?

Julia Michaels supports Niall Horan at his Manchester gigs at the O2 Apollo on 15 and 16 March 2017.