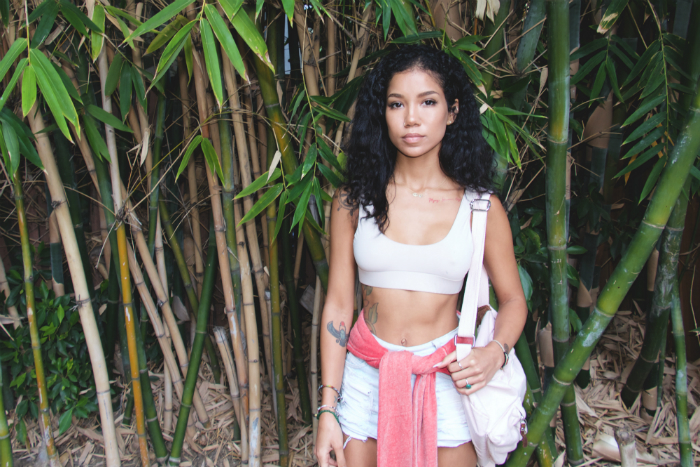 The announcement follow the release of Jhené Aiko’s second album Trip, the follow up to her acclaimed debut Souled Out which entered the R&B album charts at the number one spot on its release in 2014.

The 22-track album, Trip, forms part of a three part project know as MAP in which she has released the album, put together a short film and will release a poetry book.

Jhené Aiko was already more than a decade deep in the music game when she arrived at Def Jam in 2011; having been featured on singles, albums and mix tapes by A-listers Kendrick Lamar, Wale, Big Sean, Logic, J. Cole, Drake, and many more. Jhené made history when Sail Out, her phenomenal #1 debut EP of 2013, became the biggest-selling EP in Def Jam history. The EP’s success was propelled by her sizzling BET Award-winning and Grammy®-nominated #1 platinum crossover hit “The Worst” (over 108 million combined YouTube views to date). The momentum kept up when she joined Drake on his 39-city North American Would You Like A Tour? She appeared with him on NBC’s Saturday Night Live, which led to her own solo dates on TBS’s Conan, CBS’s The Late Show with David Letterman, and NBC Universal’s The Ellen DeGeneres Show. Jhené’s brilliant solo album of 2014, Souled Out entered the Soundscan R&B chart at #1, containing “The Pressure,” described by Billboard as “an otherworldly neck-snapper” (over 11 million combined YouTube views to date). The release of Souled Out was celebrated on NBC’s The Today Show. In 2016, Jhené collaborated with fellow multi-platinum Def Jam superstar Big Sean on their debut duo project, TWENTY88.

Where and when does Jhené Aiko perform in Manchester?

When do tickets for Jhené Aiko performing at Manchester’s O2 Ritz go on sale?

Tickets for Jhené Aiko’s Manchester gig at the O2 Ritz go on sale on Friday 10 November 2017.