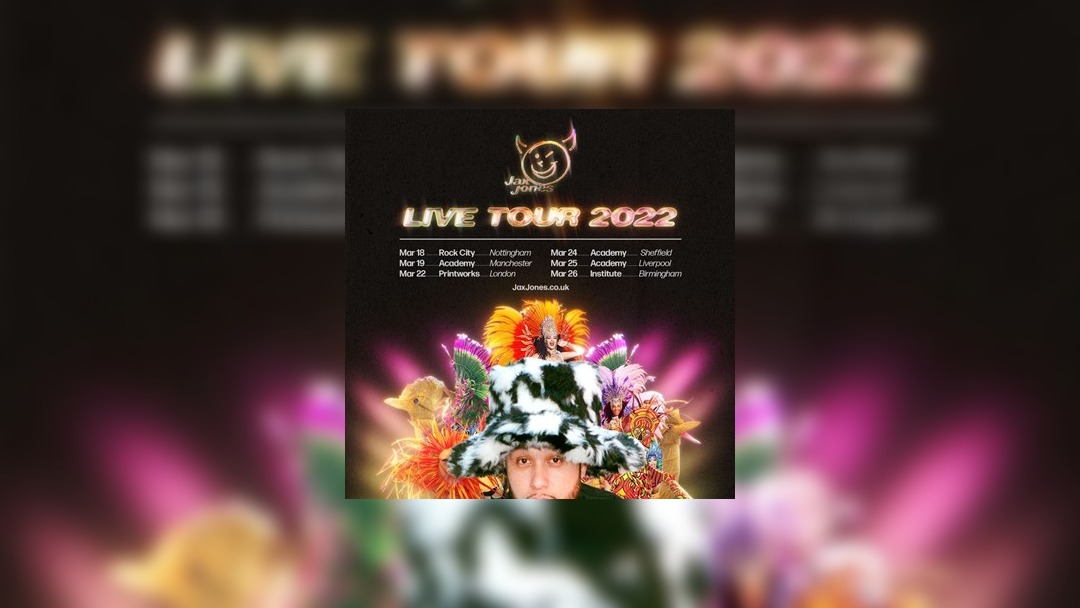 Ivor Novello, BRIT and Grammy-Award nominated producer and DJ Jax Jones has announced a UK tour.  The run of dates include a Manchester gig at Manchester Academy and a Liverpool gig at the O2 Academy.

The announcement comes after he recently hit the number 6 spot in the UK Charts alongside Joel Corry with Out Out featuring Charlie XCX and Saweetie.

The six date tour kicks off in March 2022 at Nottingham’s Rock City with dates in Manchester, Liverpool, London, Birmingham and Sheffield.

When does Jax Jones headline at Manchester Academy?

When do tickets go on sale for Jax Jones’ UK tour?