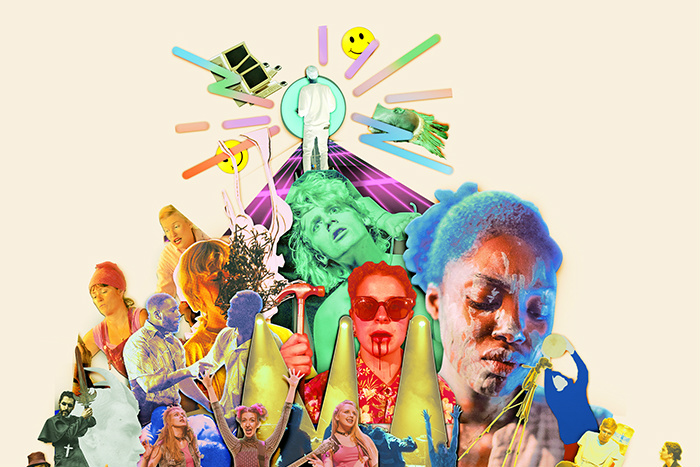 Incoming Festival will return to HOME Manchester this month, following its debut at the venue in 2018.

Highlights of the festival are set to include Stricty Arts Theatre Company’s Fringe hit Freeman by Camilla Whitehill; Dublin-based Malapop with their Edinburgh success Everything Not Saved; sell out success The Pappy Show and new produce Socks and Shorts Inlcuded from Lost Watch who make their return to the festival following their sell-out Left My Desk.

What’s on at Incoming Festival at Home Manchester?

Monday 24 June 2019, 7pm
Burnt LeMonday Theatre presents The Half Moon Shania
Punk rock girl band The G Stringz are on the pub tour of their twenties. In one final bid for a bit of recognition, the girls have to whip out every trick in the book. And it’s a big, dirty, bitch of a book … 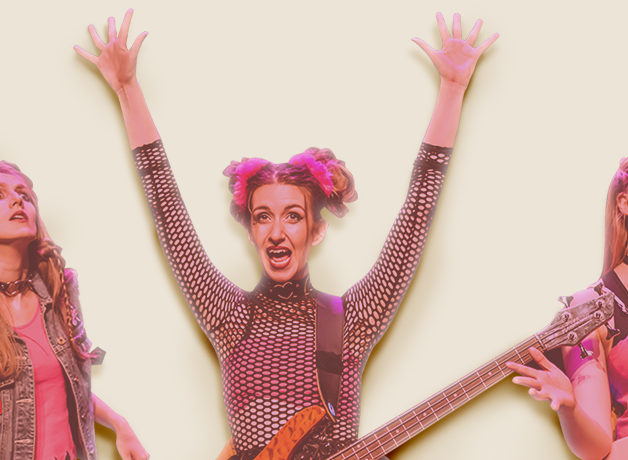 The Half Moon Shania at Home Manchester

Monday 24 June 2019, 8.30pm
Strictly Arts Theatre Company presents Freeman
Inspired by the first man in America to plead ‘insanity’ as his defence, Freeman knits six true stories which expose the link between systemic racism and the decimation of the self

Tuesday 25 June 2019, 7pm
Chalk Line Theatre presents Testament
Max is in a car crash with his brother and girlFriday end, Tess, who dies in the accident. Following his loss, Max tries to take his own life and fails, but when he wakes up, he believes she is still alive.  Testament explores suicide, loss and guilt.

Wednesday 26 June 2019, 7pm
Police Cops presents Badass Be Thy Name
This gritty Manchester- set kitchen-sink comedy drama turns into a vampire slaying horror epic.  Complete with a 90s rave soundtrack, supercharged physical comedy and more vampires that you can shake a stake at!

Wednesday 26 June 2019, 8.30pm
Malaprop Theatre presents Everything Not Saved
Come see ex-lovers argue about when they were happiest. Come see police officers rewrite history. They don’t mean to, but they do. Come see Rasputin dance like no one’s watching. Also the Queen is there. We’re going to feed the present to the past. It’s a kind of ritual. A show about memory (but not nostalgia).

Thursday 27 June 2019, 7pm
Ugly Bucket presents Bost-Uni Plues
Everyone says that university is the best three years of your life! So what happens next? What happens when you still have questions, but everyone expects you to have all the answers? Based on true stories join three clowns as they leave the comfort of timetables, deadlines, and student life behind and enter the real world. 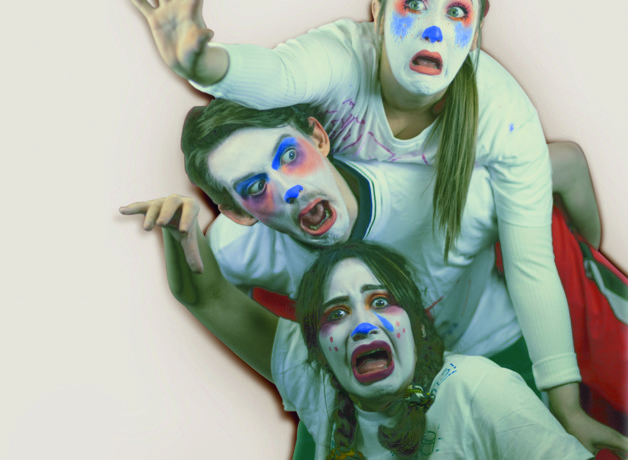 Thursday 27 Jun 2019, 8.30pm
Collide Theatre Company presents Metamorphosis
In the course of one night a beloved son turns into a hated freak. But is he really different? Is there really a reason for his family to be as appalled? A new dance – theatre piece inspired by Franz Kafka’s novella.

Friday 28 Jun 2019, 7pm
The Pappy Show presents Girls
A joyful, fascinating and socially revelatory look at what it means to be a woman in 2019, Girls subverts the myths and stereotypes of the female experience with a combination of beautiful, playful movement – driven visual theatre, powerful and humorous direct address storytelling, and joyous interactive play.

Friday 28 Jun 2019, 8.30pm
Lost Watch presents Shorts and Socks Included
“Some people are on the pitch” screamed BBC commentator Kenneth Wolstenholme in the last seconds of the 1966 World Cup final. In the fever that follows, flagging underwear company Admiral strike a deal designing the away kit for ultimate heavyweights, Leeds United. All they need now is someone to design it. Collars, chevrons, sashes and nylon. Fashion in football is born!

Saturday 29 Jun 2019, 7pm
SOUNDS LiKE CHAOS presents WOW! EVERYTHING IS AMAZING
Teenage acting company SOUNDS LiKE CHAOS’s latest production is a sci-fi hallucinatory madness, set in the new church of the future. Through an original score, which spans gospel to hip-hop combined with ambitious film, they ask the timeliest of questions : is technology shaping us or are we shaping it?

Sunday 30 Jun 2019, 7 pm
This Noise presents No One is Coming to Save You
An insomniac is watching TV in a language he doesn’t understand; a woman is stood in a garden stretching her arms to the sky. The whole world is asleep and something extraordinary is about to happen. This is the strange, funny and hypnotic story of two young lives lived in social, political and economic fear.

There are also four events in the festival: