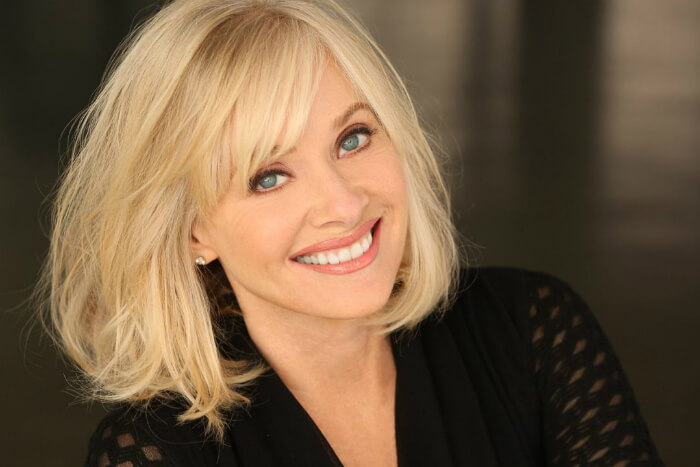 Manchester’s UK genre film festival Grimmfest has announced that the special guest for this year’s festival will be Barbara Crampton.

Renowned for he roles in cult classics such as Re-Animator and From Beyond, the horror genre icon continues to be a major figure in contemporary genre cinema, appearing in recent releases You’re Next, Beyond The Gates, Sun Choke, Replace and We Are Still Here.

Grimmfest director Simeon Halligan commented, “This is our 10th anniversary year and to celebrate, we will be focusing on women in horror. We’ve already announced our new awards structure and the all-female jury but we also felt it was perfect timing to invite one of our favourite screen stars to the festival”.

And they have now confirmed that not only with Barbara Crampton be talking about her acting career and introducing a special screening of 80’s horror classic Re-Animator and a premiere of one of her new movies, but she will also receive the lifetime achievement award sponsored by the Horror Channel.

The independent genre film festival has previously hosted world, UK and regional premieres including Train to Busan, What We Do In The Shadows, Curse of Chucky, Leatherface, Mohawk, Deadsnow 2 and Habit.

When does Grimmfest take place?

Grimmfest takes place from 4-7 October 2018 at The Odeon Manchester, in the Great Northern Complex.  Tickets are now on sale.