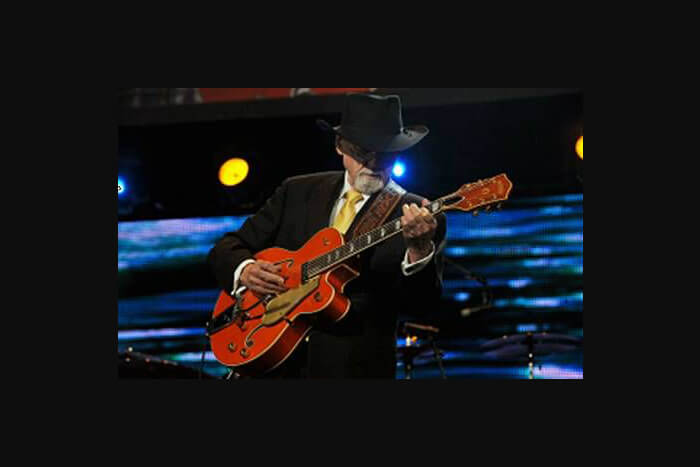 Duane Eddy has announced a rare run of UK dates to celebrate his 80th birthday year, including a gig at Manchester’s Bridgewater Hall.

The guitar legend rarely performs outside of the US but has confirmed three UK tour dates.

One of the original guitar heroes, Eddy was an instrumental figure as the signature sound of late 1950s and early ‘60s instrumental masterpieces formed.  Infused with elements of country, blues, jazz and gospel, his many hits include Rebel Rouser, Peter Gunn, Because They’re Young, Shazam, (Dance With The) Guitar Man.

Duane has become the most successful instrumentalist in rock history, charting 15 Top 40 singles from 1958 through 1963 and selling more than 100 million records worldwide. He has won a Grammy for Best Rock Instrumental, Lifetime Achievement Award for Instrumentalist from The Americana Music Association and was inducted into The Rock & Roll Hall of Fame in 1994.

When does Duane Eddy headline at Manchester’s Bridgewater Hall?

When do tickets for Duane Eddy at Manchester’s Bridgewater Hall go on sale?

Tickets for Duane Eddy’s UK tour, including his Manchester gig at the Bridgewater Hall, go on sale at 9am on Friday 8 June.