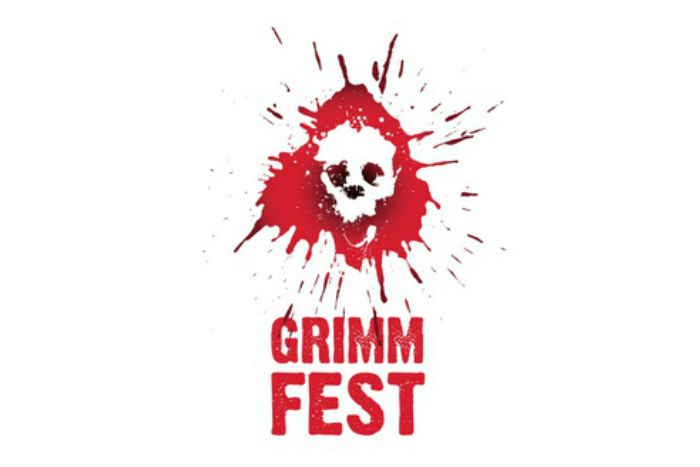 Grimmfest, the Manchester based genre film festival, has announced the first ever Grimmfest Awards to celebrate its 10th anniversary.  The new scheme will celebrate the very best genre titles selected for the annual festival as well as the creative teams behind them.

The announcement comes as the build up towards during the submission period for short and feature length films to participate in this years Grimmfest Festival which takes place in Manchester from the 4-7 October.

Speaking about the new awards, Grimmfest founder, film director and festival director Simeon Halligan commented, “We are launching the awards, to promote and celebrate ground-breaking new talent in Genre filmmaking.  For the past decade, we have showcased the work of filmmakers from all around the world, keen to discover the next generation of cinematic mavericks and genre masters.”

Co-director Rachel Richardson-Jones added, “as filmmakers ourselves, we have become increasingly aware that festival recognition is not merely an acknowledgement from peers of a job well done, but also a vital means of gaining increased profile and attention for your film. Therefore, as one of the Genre world’s key festivals, we have decided to reward excellence where we see it.” 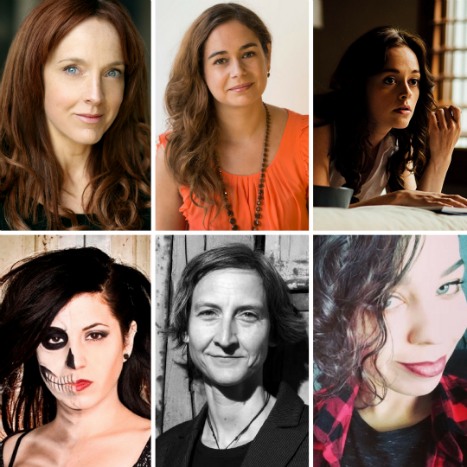 As well as announcing the launch of the awards, Grimmfest organisers, including new Festival Manager Laura Scott, have revealed that an all-female awards jury has been selected, rebuffing the the widespread misconception that Horror and Sci-Fi are male-centric! The all woman Jury includes a selection of some of the brightest lights in Genre cinema right now, including Joanne Mitchell (Actress and Producer), Caroline Couret-Delegue (Film sales), Lauren Ashley Carter (Actress and Writer), Andrea Subissati (Executive editor at Rue Morgue), Annick Mahnert (Acquisitions Consultant, Festival Programmer and Producer) and Anya Stanley (Journalist at Dread Central).

In addition Grimmfest will be partnering with the Horror Channel to present a Lifetime Achievement Award to honour a special guest on their body of work within genre film, with the recipient to be announced over the coming weeks.

The lifetime achievement award is one of twelve categories announced:

Grimmfest has become a staple on the Manchester calendar and last year featured the excellent film Habit debuted at Grimmfest, having been produced by the team behind the festival, Rachel Richardson-Jones and Simeon Halligan.  Habit also starred Roxanne Pallet who discussed the movie with us.

So who is on the jury for the Grimmfest Awards 2018?

One of the UK’s leading lights in the horror and fantasy genre, Joanne trained at The Bristol Old Vic Theatre School, before embarking on a richly varied career in theatre and TV, Radio and Voiceover work.  Since forming Mitchell-Brunt Films in 2011 with director-producer partner Dominic Brunt, Joanne has built a considerable reputation within genre cinema for pushing boundaries and merging drama and horror in unique ways. She conceived, produced and starred in the internationally acclaimed zombie drama Before Dawn (2013), the female revenge thriller Bait (2015) and Attack of The Adult Babies (2017).  Mitchell also wrote and produced horror shorts The Mighty Witch Killers of Pendle Hill and Shell Shocked. She also co-starred in the claustrophobic chiller White Settlers (2014) and the excellent Manchester based thriller Habit (2016), both directed by Grimmfest’s own Simeon Halligan.  In 2017 she was nominated for Screen International’s Genre Rising Star Award.

After working in feature film production in Hollywood on movies such as Big Stan starring Rob Schneider, David Carradine and Jennifer Morrison, Sundance nominated The Last Word with Winona Ryder and Wes Bentley, and The Chosen One starring Rob Schneider and Steve Buscemi, Caroline relocated to London to take on the role of Director of Development & Marketing at Seven Arts Pictures Plc., where she was responsible for the branding and packaging of all projects either for film markets or for release. She was also involved with international sales and distribution of the Seven Arts’ slate. Through her consulting company, Cherry Picked Pictures, she also worked with International sales agent Aspect Film and production company Lunatique Films, among others.  Caroline joined AV Pictures as Sales & Acquisitions Director in September 2011. In May 2014, she launched Metrodome International, the international sales arm of the Metrodome Group handling a wide range of feature films from third party producers to in-house productions.  Caroline launched Truffle Pictures, a London based international sales agency and production house, in October 2016, and subsequently joined Film Seekers Ltd in January 2018.

One of the rising stars and most recognisable faces of the new wave of independent US genre cinema, Lauren began her career in New York City where she lived for the last ten years after graduating from The College-Conservatory of Music in Cincinnati, Ohio.  Her latest film, Imitation Girl (2018, Dir. Natasha Kermani), has been acquired by Dread Central and will be released this year on VOD and in select theatres. Her other credits include the upcoming dark comedy/horror film Gags (Dir. Adam Krause), The Mind’s Eye (Dir. Joe Begos), Jug Face (Dir. Chad Crawford Kinkle), Lucky McKee and The Woman.  She also featured in two films directed by Mickey Keating, Pod, and Darling, resulting in her unexpectedly finding herself as Grimmfest’s poster girl for 2016.  Lauren is currently writing an adaptation of the memoir Listening for Echoes by Pam Saffran for the screen. She also runs her own blog, wheresmybagel, where she explores the challenges of being a working actor in New York City.

Anya Stanley is a California-based author and freelance writer. She currently helms two monthly columns: “Doin’ The Nasties” at Daily Grindhouse, in which she works her way through the infamous Video Nasties list, and “Gender Bashing” at Dread Central, a gender-based approach to the horror genre. Her work can also be found at Birth Movies Death, Vague Visages, and anywhere they’ll let her talk about scary movies.

Annick Mahnert studied film production at New York Film Academy and worked as a production assistant at Roger Corman’s Concorde-New Horizons. Back in Switzerland, she went on to work in distribution and programming at 20th Century Fox, Warner Bros., Pathé Cinémas and Frenetic Films and at Maximage Filmproduktion as a production assistant.  Early in 2012 she joined Celluloid Dreams in Paris, handling sales and acquisitions. Since 2013, she has worked freelance as a producer, acquisitions consultant and festival programmer and is a specialist expert at the Austrian Film Institute and the Swiss Federal Office of Culture for film funding. She also works for Raven Banner, Fantastic Fest and others.  Her company, Screen Division provides consultation in film acquisitions, negotiations and festival programming worldwide, as well as developing and producing film projects of its own.  In 2014, Screen Division launched a new partnership with the Imagine Film Festival in the Netherlands, the Zagreb Fantastic Film Festival in Croatia and the Tallinn Black Nights Film Festival in Estonia. The project, called European Genre Forum, sets to boost the careers of future players in the genre biz through three days of trainings, panels and pitching sessions. In 2016, the European Genre Forum was granted support from Media Creative Europe.

In 2010, Andrea Subissati’s masters thesis on the social impact of zombie cinema was published under the title When There’s No More Room In Hell: The Sociology of the Living Dead. Since then, she has been published in The Undead and Theology (2012), The Canadian Horror Film: Terror of the Soul (2015) and Yuletide Terror: Christmas Horror on Film and Television. She became editor of Rue Morgue magazine in 2017.  In addition to writing, Andrea has made guest appearances on the Rue Morgue Podcast and Pseudopod, and the TV horror documentary Why Horror? (2014). She is co-host and producer of The Faculty of Horror podcast with writer Alexandra West, as well as co-curator of the Toronto-based horror lecture series The Black Museum, which she co-founded with Paul Corupe.

Grimmfest takes place in Manchester from the 4-7 October 2018.