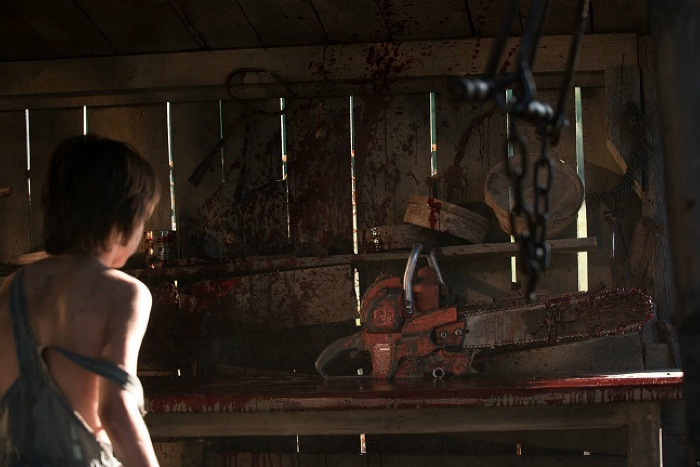 Manchester’s Festival of Horror, Cult and Fantastic Film, Grimmfest, has announced the 2017 line-up as it promises to be bigger, bolder and bloodier than ever before!

So what can we expect from Manchester’s Grimmfest 2017?

Grimmfest presents the world premiere of the remarkable and utterly unique Borley Rectory.  Using an elaborate mixture of live action, stills, paintings, and model work, it’s an immersive, eerily atmospheric, and elegantly retro-styled exploration of the Most Haunted House in Britain. Over six years in the making, it’s a real labour of love for its creator, Ashley Thorpe.  It features a score by Ex-Banshee Steve Severin, and a cast including the League of Gentlemen’s Reece Shearsmith, Julian Sands and Hellraiser’s Nicolas Vince.

The festival will also host the International Premiere of Fake Blood, the new film from Rob Grant and Mike Kovac.  Grant and Kovac’s previous movie, Mon Ami, was a Grimmfest hit a few years back. The mockumentary explores the difference between movie violence and reality, it’s a pitch-black comedy promising to shift into increasingly chilling and uncomfortable territory, manipulating the audience and leading the views towards its punchline.

There is also the European premiere of Mohawk, fresh from wowing audiences at top genre festival Fantasia in Montreal. Last year offered the brutal Bone Tomahawk, and now Mohawk looks to reaffirm that the Weird Western is well and truly back with a vengeance.  The much-anticipated follow-up to Writer-Director’s Ted Geoghegan’s critically-acclaimed festival favorite We Are Still Here, Mohawk pitches at a brutal yet thought provoking eeriness

Plus there is a Gala Hometown UK Premiere of Grimmfest co-directors Simeon Halligan and Rachel Richardson-Jones’ third feature, Habit.  Their visualisation of Stephen McGeagh’s cult nove, Habit was shot on location in Manchester with mostly local talent within a five-minute walk of the festival venue, capturing some of the dark heart and sinister sub-cultures of the city.  Habit stars Elliot Langridge, Jessica Barden, William Ash, Roxanne Pallett and Joanne Mitchell.

Roxanne Pallett stars in Habit from Grimm Up North

There are deadly females …

Grimmfest 2017 has a fiercely feminine focus.  In M.F.A, Francesca Eastwood, daughter of Clint, demonstrates that the apple doesn’t fall too far from the tree with her steely turn as a rape-victim turned vigilante. Adelaide Clemens (Silent Hill; Revelation, the Great Gatsby) goes in search of a missing twin and stumbles into a world of Nazi-inspired experiments and callous clinical cruelty in the quietly unsettling Rabbit.

You’ll also have a chance to meet sweet, small-town Canadian serial killer Poor Agnes (Lora Burke), whose approach to dating is somewhat…extreme; and there’s some old-fashioned Gothic Romance with a uniquely Russian twist in The Bride. All films are receiving their UK Premieres at Grimmfest.  There’s a chilling exploration of female self-image in the Regional Premiere of the icy, futuristic body-horror, Replace, co-written by cult auteur Richard Stanley, and featuring the legendary Barbara Crampton.

Last, but by no means least, the festival be exploring the traumas of post-natal depression in the bone-chilling Still/Born. Written by the multi-talented Colin Minihan (It Stains The Sands Red), and boasting a powerhouse performance from Christie Burke as the increasingly troubled mother, the film will receive its Regional Premiere at Grimmfest.

And men on a mission …

Grimmfest hosts the UK premiere of the claustrophobic Trench 11, an old-school, no-nonsense movie with pitches cynical soldiers against pre-Nazi nastiness in the Trenches of No Man’s Land in the final days of the First World War.

Expect top picks from other festivals …

The team at Grimmfest have picked out some of the top films from other festivals and movies which they think their fans will want to see.  They have leery laddishness confronted by a duo of particularly fatal femmes in British Horror comedy Double Date, fresh from earning its writer-star Danny Moran the “Rising Star” award at Frightfest.

There are more lethal ladies to be found in white-trash pulp-noir 68 Kill, the latest from Trent Haaga, writer-director of Grimmfest favorite, Chop. Featuring an all-star cult cast including Matthew Gray Gubler and Anna Lynn McCord, it’s a torrid, twisted tale of wild, white trash women and weak-willed, morally-bankrupt men on the road to nowhere good. 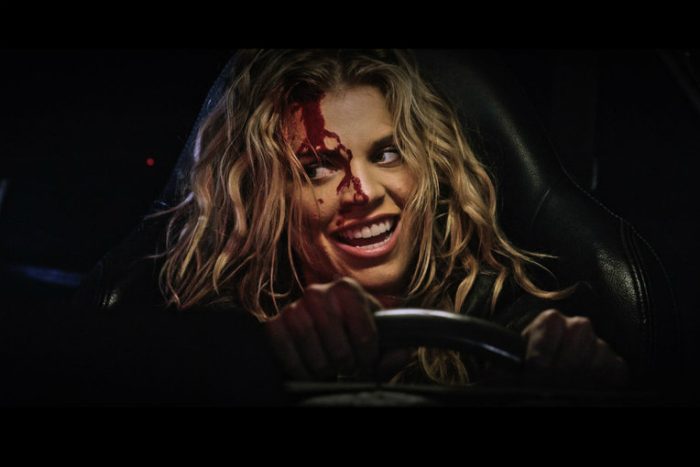 Elsewhere, Grimmfest has a shocking seasonal spin on the Home Invasion genre in Better Watch Out; while Javier Botet stars in Freehold, a queasily comic variation on the classic “hider in the house” scenario, in which a brash estate agent falls victim to a former client’s increasingly devious war of attrition carried out right under his nose, in his own home. The festival also boasts old-school Outback Horror in the devious and brutal Australian shocker Killing Ground; two very different explorations of playing for the highest stakes of all in Ruin Me and Game of Death, and as the horror community mourns the late, great, Tobe Hooper, the long-awaited return of Leatherface, in a rip-roaring rebooted prequel, helmed by ferocious French extremists Alexandre Bustillo and Julien Maury, directors of the infamously visceral À L’interier / Inside.

As ever there will be shorts …

Grimmfest 2017 will offer a selection of short, sharp shocks with the likes of Elder gods and Demon Births, urban legends, and a white rabbit for luck.

Some of it will have you asking “What the hell did I just see?”

Every year the Grimmfest team strive to find films that will push the envelope, that will offer some truly head-spinning visuals, and leave the audience reeling. This year is no exception. Grimmfest 2017 presents the UK Premiere of Dave Made A Maze, Bill Watterson’s directorial debut. Part slacker comedy, part retro-80s fantasy adventure, and playing like a manic mash-up of Michel Gondry, Charlie Kaufman, and previous Grimmfest favourite John Dies At The End, it brings a whole new meaning to the phrase “cardboard set design”.

Grimmfest will also be offering a rare opportunity to see Tag, the latest manic masterpiece from cult Japanese auteur Sion Sono on the big screen, prior to its domestic release on DVD and BluRay. The Grimmfest team assures ‘you really do want to see this one on as big a screen as possible’ claiming that it begins with “the single most mind-blowing sequence the Grimmfest team has seen in years, this is utterly ‘off the chain’, even by Sono’s standards; a high-octane, break-neck, no-holds-barred splatterfest, which also finds time to offer an oddly affecting meditation on identity and belonging. You aren’t going to know what hit you.” 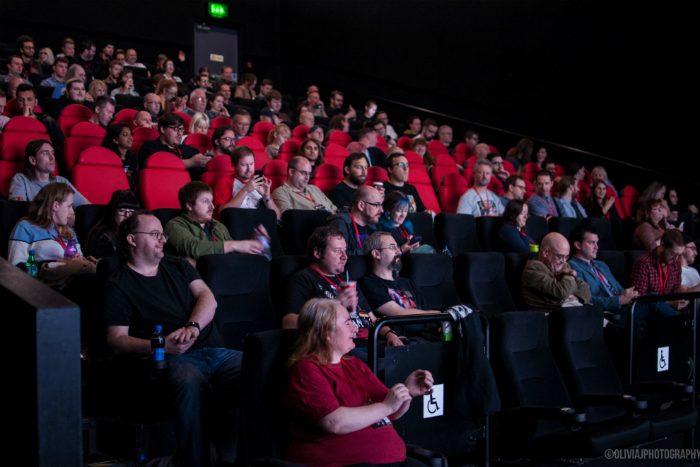 Where and when does Grimmfest 2017 take place?

Grimmfest runs 5-8 October 2017 at the Vue Cinema, The Printworks, Manchester.  The full line up as well as Festival passes are available at the Grimmfest website.