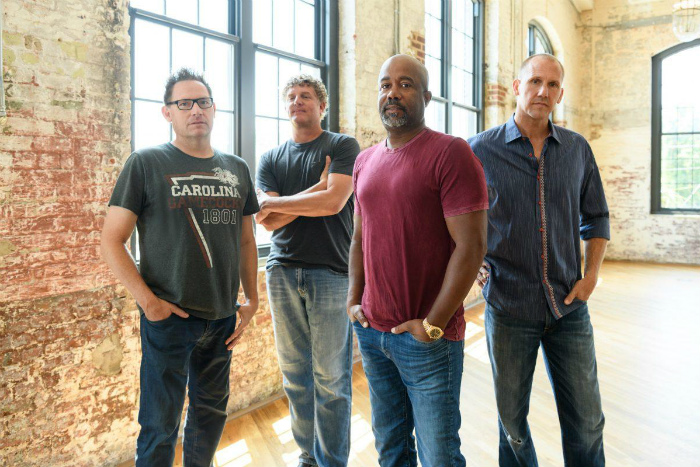 Ahead of the launch of their Group Therapy Tour, Hootie & the Blowfish have announced a series of UK dates to follow their US and Canada shows.  The group will headline at Manchester’s O2 Apollo.

The Group Therapy Tour marks Hootie & the Blowfish’s first full tour in more than a decade.  It also comes ahead of the release of new music under a record deal with Universal Music Group Nashville.

Speaking about adding UK dates to their 48-date US and Canada run, frontman Darius Rucker commented, “I had the incredible opportunity to play the Royal Albert Hall in London last year, which was a bucket list night for me.  The fans there and everywhere else we played in Europe were so special. In talking with all of the guys about how special this year’s tour is going to be, we knew it wouldn’t be complete without a trip back across the pond to see our amazing fans there.”

When do Hootie & the Blowfish headline at Manchester’s O2 Apollo?

When do tickets go on sale for Hootie & the Blowfish’s UK tour?

Tickets for Hootie & the Blowfish’s UK tour including Manchester gig at the O2 Apollo go on sale at 9am on Friday 3 May 2019.