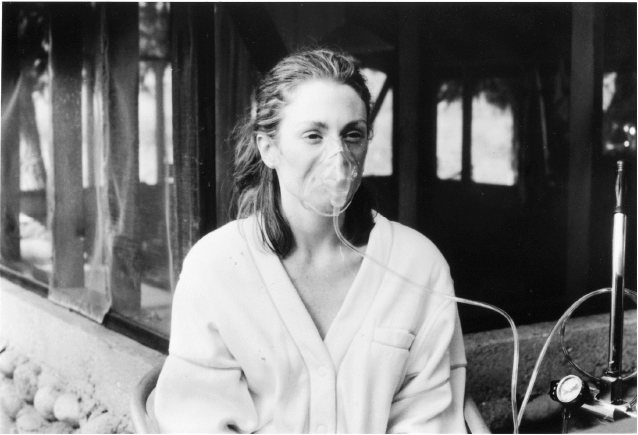 Home has announced that it is to host an exhibition of new commissions and existing works inspired by the movie Safe.

Set in 1987, Safe stars Julianne Moore as Carol White, a housewife in the San Fernando Valley, and explores her slow decline as she becomes increasingly allergic to everyday domestic products and routine activities, eventually moving to an enclosed community in New Mexico.

Yoshua Okón will present a new digital film installation – The Art of Living – developed from a series of scripted scenarios taking place in show homes in Greater Manchester.

Co-written with curator Sarah Perks, a series of incidents inspired by the script of Safe explore the physical and psychological disintegration of the suburban dream.

Camilla Wills’ new installation for Safe will develop her engagement with the act of printing, which becomes a space for interrogating the processes of spread, permeability, diffusion and new meaning. Her work in print, installation, moving image and text considers gendered moments of infection and contact, conviction and hope, through readings of theory, art and medical histories.

Safe will also include a sculptural installation and new moving image work by Laura Morrison, referencing an outside narrative and telling a story that is not quite hers through found photography, Google maps and the publishing of email exchanges.  Probing the ethics of social encounters – expectations and assumptions – in an online environment, Morrison questions the line between the public and private, the friendly and soliciting.

In addition, the exhibition will also present Sunil Gupta’s photo-series Pretended Family Relationships (1988), a work responding to Clause 28 which forbade the representation of homosexual relationships; an installation of Michael Dean’s concrete objects – silent works that disrupt the legibility of language and form; and sculpture by Jala Wahid, pushing material hierarchies with her seductive visceral practice.