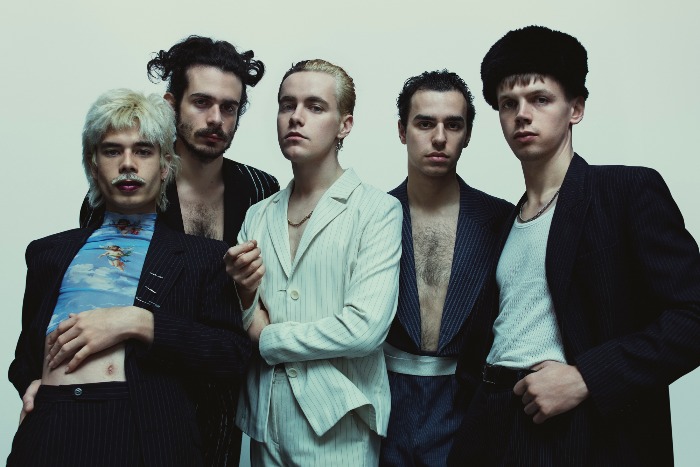 London based five-piece HMLTD have revealed their new single Blank Slate ahead of a run of dates including a Manchester gig at YES in support of their debut album.

HMLTD announced their debut album West of Eden last Autumn followed by the singles LOADED, The West is Dead and Why?.

New track Blank Slate deals with Western mythology, as frontman Henry Spychalski explains, “Myths are the cultural primordial soup from which society emerges… our Western mythologies are steeped in male violence. They are powerful things, but to see them for what they are, a myth, is to genealogically undermine them. While we obviously must have humility about our limited role as artists, West of Eden exists to examine the myth of man and within “Blank Slate” we propose a newer, better, kinder mythology. ‘The world is ours, and the world is a blank slate.’”

Debut album West of Eden is due for release on 7 February, followed rapidly by a UK tour which includes a Manchester gig at YES.  The 15-track album has been several years in the making as HMLTD strived to create a collection of songs to incite conversation about proposed new visions of masculinity, the decadence of western capitalism and the violence of insecurity and repression.

When do HMLTD headline at YES Manchester?