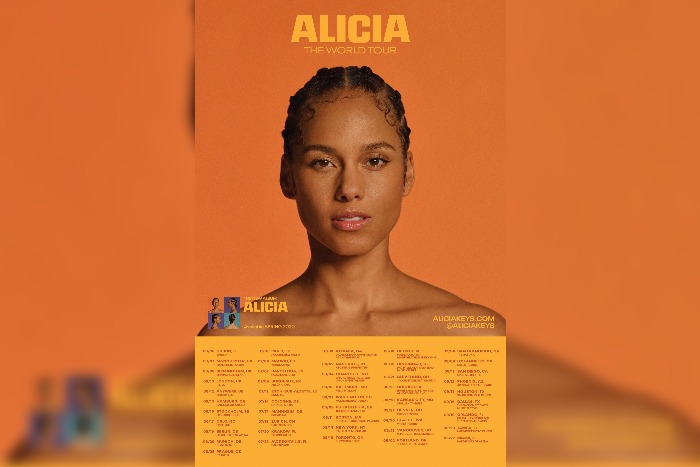 Alicia Keys has announced a run of UK shows for her huge world tour including a Manchester gig at Manchester Arena.

The 15-time GRAMMY Award winner has confirmed she will return to Europe for Alicia – The World Tour.  Amongst the shows are four dates in the UK and Ireland.

The tour announcement follows news of her forthcoming seventh studio album Alicia which will be released on 20 March.  The album’s new single Underdog was released earlier this month and became the most added song at US Top 40 radio on release.  Previously release singles include Time Machine and Show Me Love.

When does Alicia Keys headline at Manchester Arena?

When do tickets go on sale for Alicia Keys’ UK and Ireland tour dates?