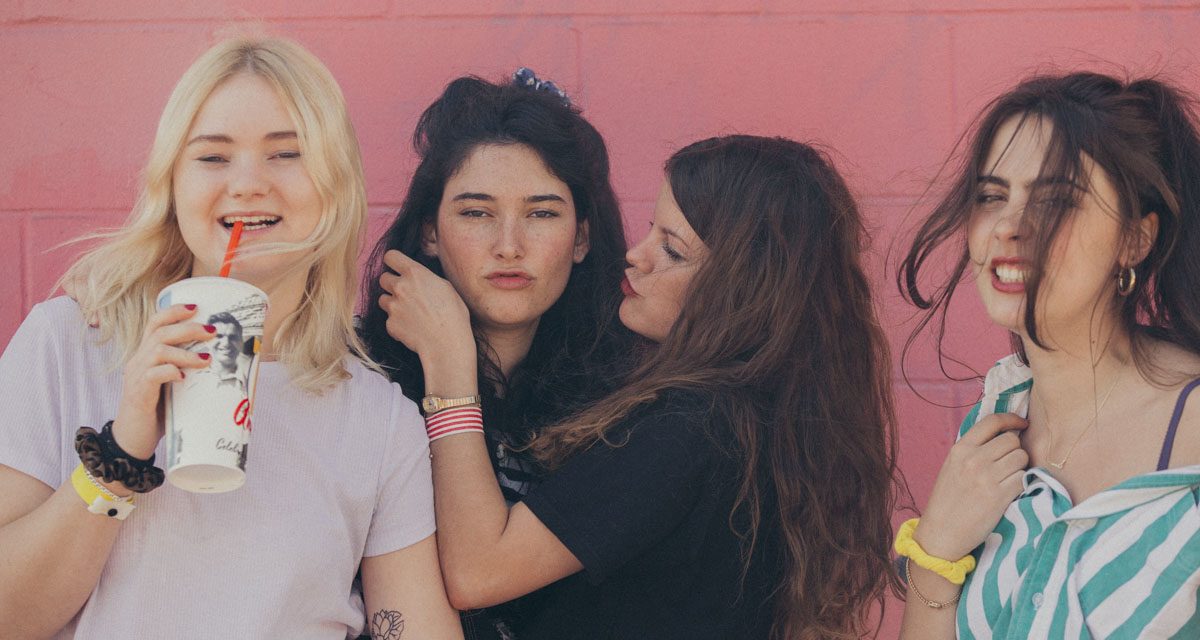 Hinds have announced a return to Manchester, with a gig at Manchester Academy 2.  The date is part of a series of European shows which follow a run in the US.

The announcement comes as the group reveal the video for Warts, the fourth single to be taken from their debut album Leave Me Alone.

The surreal and vibrant visual tells the story of a boy who is love with a girl that the band can see is no good for him, a femme fatale.  Discussing the video concept and song’s lyrics Hinds ask “have you ever seen a couple that shouldn’t be a couple? Have you ever seen your friend’s girlfriend’s warts before he does? In love like in war it aint no rules. And she knows. She knows it well… She is gonna beat him bad, but he only hears parabarabaraba”

Hinds have recently performed at Glastonbury and the four-piece have further European festivals ahead of them including Reading/Leeds, Bestival and Summerville.

Tickets for Hinds performing at Manchester Academy on 26 November 2016 go on sale at 9am on Friday 15 July.