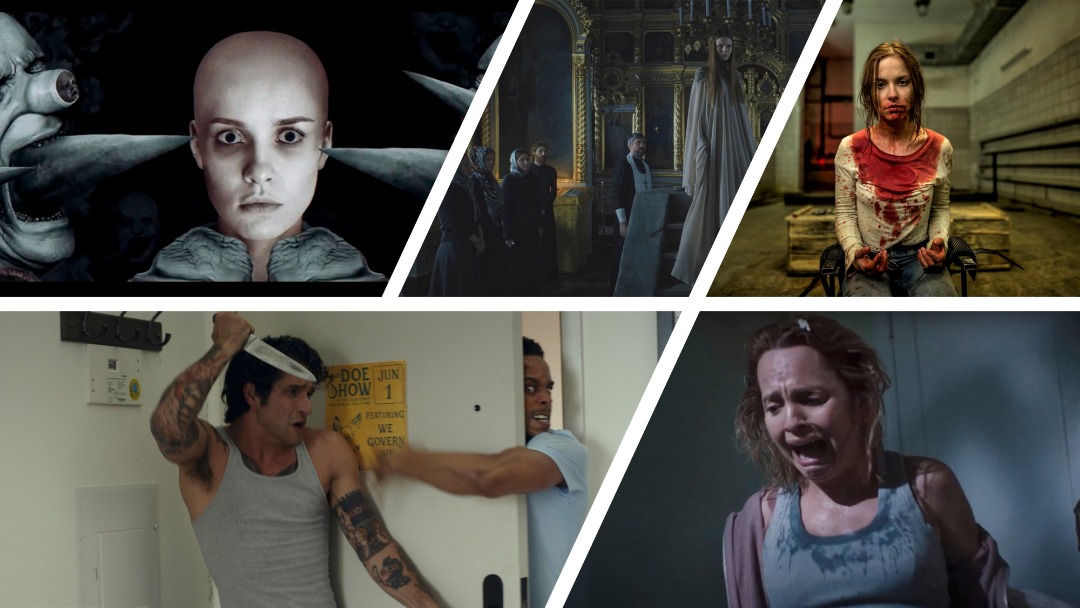 Grimmfest has announced the launch of its brand new Grimmfest Easter Edition.  The new annual event will take place over the Easter Weekend, complimenting the long-established festival in October.

Grimmfest Easter Edition 2021 will build on the success of the Grimmfest 2020 online experience.

The festival will open on Thursday 1 April with a preview night featuring the UK premiere of Kourosh Ahari’s Iranian American haunted hotel horror The Night, which has drawn comparisons with The Shining.  The night will also feature the UK premiere of Lluis Danes’ reimagining of the shocking real-life case of The Barcelona Vampiress.

Then, over the next 4 days, Grimmfest will present double bills of ten feature films premieres, from all around the world, alongside short films, cast and crew Q&As, exclusive introductions and more.

Screenings will include two explorations of life during a pandemic with the UK Premiere of Johnny Martin’s high-octane Alone (aka Final Days) which features Tyler Posey and Donald Sutherland; alongside the World Premiere of Paul Schuyler’s study of psychological breakdown Red River Road which was made entirely under lockdown with the Shuyler family themselves serving as cast and crew.

In other screenings, Martin Guigui, director of Grimmfest 2020 hit The Unhealer returns with the European Premiere of the satiric social thriller Paradise Cove, starring Mena Suvari; there is a European Premiere of Josh Wallace’s black comedy of cannibals and insurance men, Keeping Company; and from Russia, Pavel Khvaleev’s tale of sensory deprivation, personality deconstruction and internet voyeurism, Sleepless Beauty fresh from its success at Sitges.

The bond between a Swedish family is put severely to the test by a haunted duplex in the UK Premiere of Tord Danielsson and Oskar Mellander’s nerve-jangling and emotionally harrowing The Other Side.

Grief, guilty secrets, and ghosts, both metaphorical and literal, meet head on, in the Australian Outback in the UK Premiere of the haunting metaphysical thriller Sweet River.

Transhumanist philosophy, temporal paradox and fractured identity collide to truly mind-blowing effect in the UK Premiere of the stunning Triple-F-Rated (Grimmfest’s F Rating system is designed to highlight women on screen and behind the camera with a Triple F-Rating award to films directed by and/or written by women also featuring significant women in their own right) South Korean Sci-Fi head-trip, Trans, while a Mexican romance turns malevolent in Pablo Olmos Arrayales’ slippery, unpredictable single-take shocker Rendez-Vous.

The features will be supported by a selection of some of the best new short films from around the world, and there will be exclusive introductions and Q&As with cast and crew for each feature.