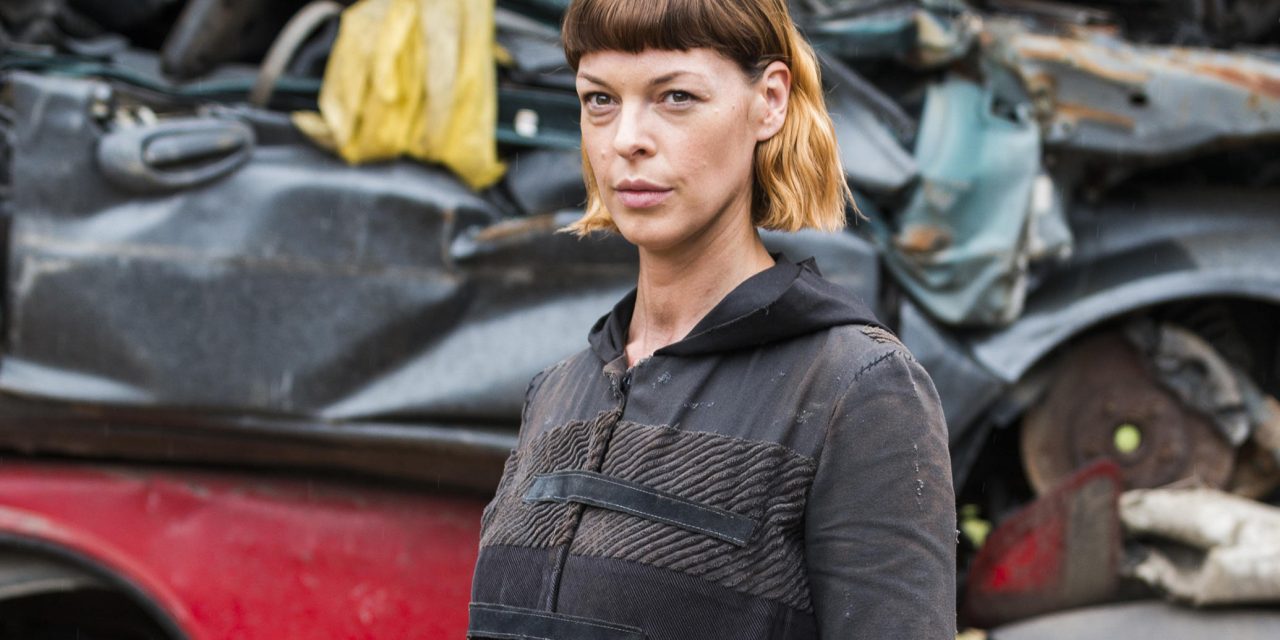 Grimmfest have announced that Pollyanna McIntosh will appear at the festival as her new film Darlin’ receives its Northern premiere when the festival returns in October 2019.

The announcement comes as festival passes go on sale with the four day event opening on 3 October 2019.

Darlin’ is the highly anticipated follow up to Lucky McKee’s modern horror The Woman.  The celebrate the premiere, the film’s writer, director and star, Pollyanna McIntosh will be present to talk to festival attendees and complete a limited number of exclusive signings.

Darlin’ sees Pollyanna McIntosh (Jadis from The Walking Dead) reprise one of her most iconic onscreen roles.  The film also marks her debut as a writer and director.  The film sees the implacable feral woman confronted with hypocrisies and savageries as well as the cruelty of a supposedly civilised world as she strives to rescue her child from those who claim to offer salvation.

Speaking about the announcement, Grimmfest Director Simeon Halligan commented, “We are currently tracking down the very best of the latest genre feature films to complete our line-up of premieres for the festival in early October; but we were so excited to secure DARLIN’ and Pollyanna that we couldn’t wait to share the news.”

A limited number of full festival passes are now available from the Grimmfest website.  These passes grant access to every film screening at the festival which will feature more than 20 feature film premieres and a selection of the best new genre shorts.  Passes also give access to cast and crew Q&As and a signed item from Pollyanna McIntosh.

Grimmfest organisers have previously announced an awards scheme featuring prizes worth more than £120,000 across 13 special awards.

When does Grimmfest run?

Grimmfest runs in Manchester from 3-6 October 2019 at the Odeon cinema.