Full casting announced for 9 to 5 at the Palace Theatre 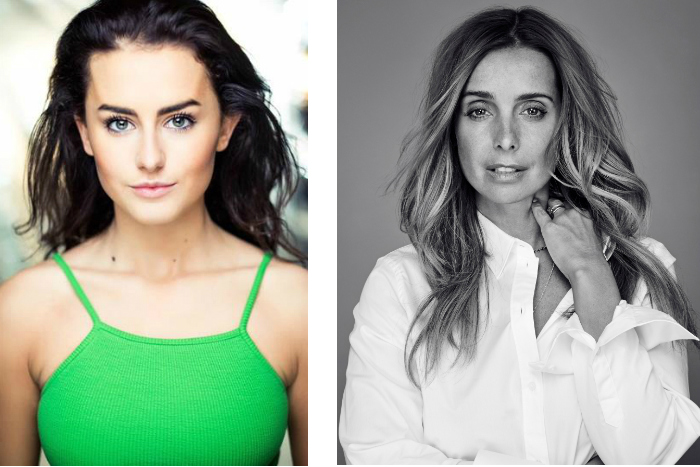 The full cast for the smash-hit musical 9 To 5 at Manchester’s Palace Theatre has now been announced.  The second production of the musical comes to Manchester in September.

Louise Redknapp and Amber Davies had previously been announced to reprise their roles in 9 to 5 as Violet Newstead and Judy Bernly.

Now producers have revealed that Sean Needham and Lucinda Lawrence will join them from the original West End production as Franklin Hart Jnr and Roz Keith.

They will be joined by Georgina Castle as Doralee Rhodes, the role made famous by Dolly Parton.

Georgina Castle, Lucinda Lawrence and Sean Needham will star in 9 to 5 The Musical

Georgina Castle’s theatre credits include the role of ‘Sophie Sheridan’ in the West End production of “MAMMA MIA!” at the Novello Theatre, and ‘Lisa Hausman’ in the UK Tour of “Dirty Dancing”. Her television credits include BBC One’s “Doctors” and “New Tricks”.

Lucinda Lawrence’s West End credits include “Charlie and the Chocolate Factory” at Theatre Royal Drury Lane, “White Christmas” at the Dominion Theatre at “Follies in Concert” at the London Palladium. Lucinda’s further credits include “On The Town” at Regent’s Park Open Air Theatre and the UK Tours of “Hairspray” and “Mary Poppins”. Lucinda is currently starring in the West End production of “9 to 5 The Musical”.

Sean Needham’s West End credits include “Kinky Boots” at the Adelphi and “MAMMA MIA!” at the Prince of Wales. He has appeared in the UK Tours of “Our House” and “Godspell”. His television credits include ITV’s “Emmerdale”, “Crossroads” and Channel 4’s “Hollyoaks”. Sean is currently starring in the West End production of “9 to 5 The Musical”.

When does 9 to 5 The Musical run at Manchester’s Palace Theatre?