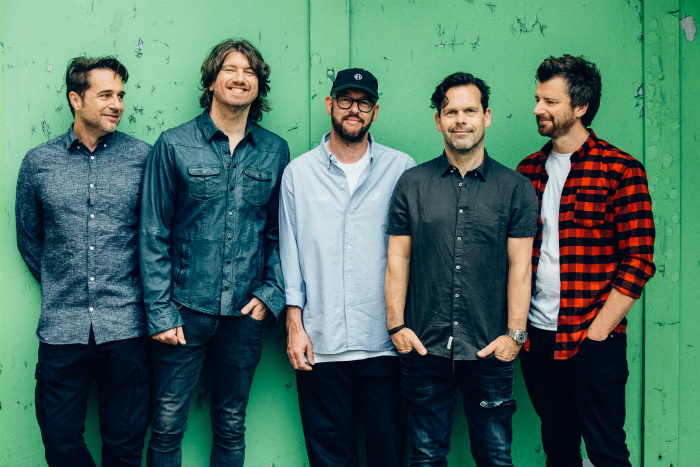 The band are set to celebrate their two most successful albums to date playing songs from them at two special shows with Leeds First Direct Arena as well as Victoria Warehouse.

Embrace will be joined at the dates in March 2020 by Starsailor and CUD.

Speaking about the dates, Danny McNamara commented, “Our Halifax gig was really special, such a magical day, but this show has the potential to be even more special.  It’s a chance to play some live favourites that we haven’t played for a long time, alongside all our biggest hits.”

The gig will comprise tracks from their 1998 debut album The Good Will Out, which sold more than half a million copies in the UK and fourth album Out of Nothing (2004) which achieved double platinum status in the UK.  The two albums have spawned the singles All You Good Good People, Come Back To What You Know, My Weekness Is None Of Your Business, Ashes and Gravity.

When do Embrace headline at Victoria Warehouse?

Embrace headline at Manchester’s Victoria Warehouse on 6 March 2020.  The Manchester gig is one of two UK dates announced:

When do tickets go on sale for Embrace at Manchester’s Victoria Warehouse?

Tickets for Embrace’s Manchester gig at Victoria Warehouse go on sale at 9am on Friday 2 August.