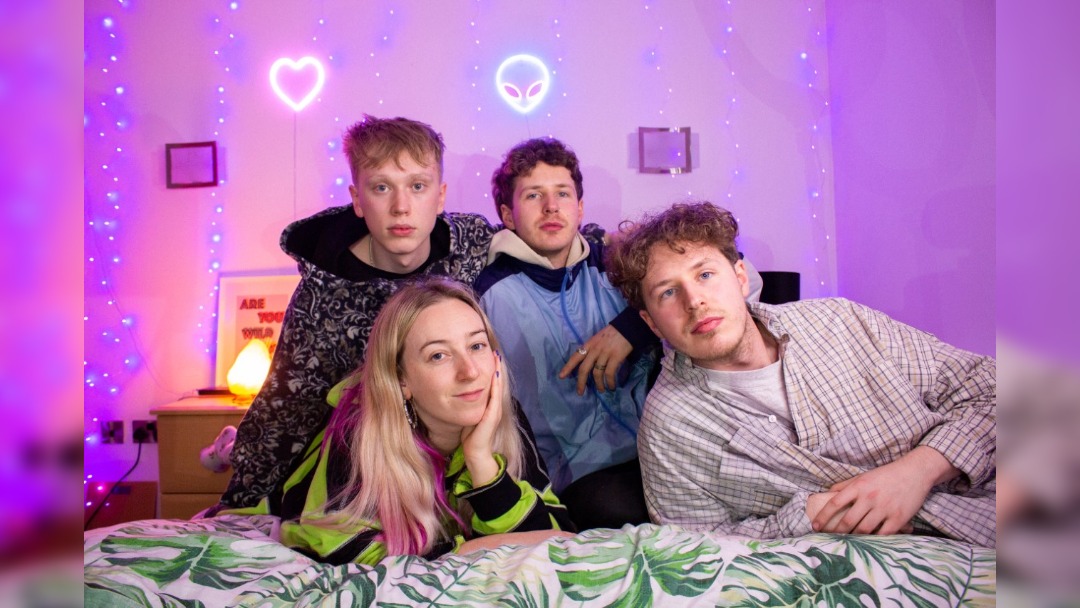 Manchester band Foxglove are back with their new track Lights Off, the second part to 2020’s single Bright Lights.

Lights Off will be released on 18 March.

The euphoric band are unleashing a dark and enigmatic follow up to Bright Lights, featuring a gritty driving bass.  Lights Off focuses on the feelings of a fever dream, resonating with it visually, musically and lyrically.  The track takes inspiration from The Neighbourhood’s Sweater Weather and features high synths, dark and dissonant chords and a constantly moving landscape.

Lyrically Lights Off features lyrics inspired by TV shows, books and singer Abi White’s scribblings which she jotted down whilst in a state between sleep and awake.  It’s a set of lyrics which the band admit do not make sense as stand-alone lines but when put together have an odd and cryptic meaning.

Speaking about the writing process, Abi White explains, “This is the first track I wrote lyrically like this, by taking inspirations from lines within TV dramas, books and the lyrics I jot down on my phone as I’m in a state of consciousness between being awake and asleep. I think it mirrors the confusion you feel when you’ve had a vivid dream, and I really wanted us to capture this through the video too, which I think Nick Dunleavy (director) did an exceptional job of.”

Lights Off is set to be accompanied by a music video referencing stylistic traits of Quentin Tarantino and mirroring scenes from The Joker.

Meanwhile lead guitarist Ryan Croney added, “Within the verses I really wanted to capture this back street, dark, neon, 80’s feel that complimented the big snare hits and the driving bass. Then when it came to the chorus, over the top of the clean chords you can hear a palm muted popping guitar motif, which was inspired by ‘Scritti Politti – Absolute’. I wanted a pop element in some part of the song and this motif was a phrase that I played for a few weeks before recording, it was stuck in my head for days, so I knew I had to get it in there.”