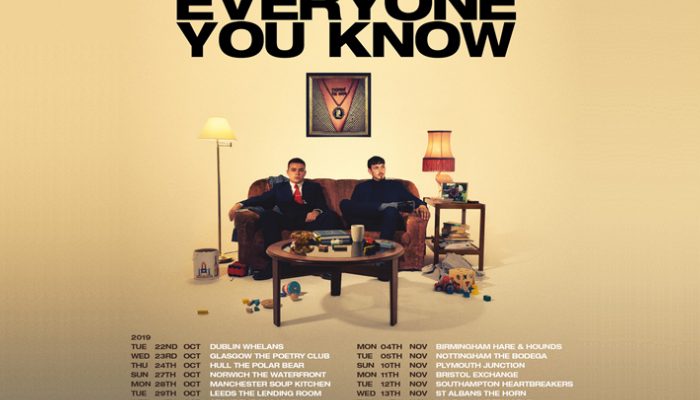 Everyone You Know has announced a UK and Ireland tour including a Manchester gig at Soup Kitchen following the release of their EP Look After Your Pennies.

The 15 date tour opens in October at Dublin’s Wheelan’s.

Speaking about the tour, the half-brother duo of Rhys and Harvey enthused, ““We’re buzzing for our first proper headline tour. Can’t wait to play our new tunes live, up and down the country and to see the reaction that they are getting first hand. We get a buzz out of performing live like you get from nothing else.”

When do Everyone You Know headline at Manchester’s Soup Kitchen?

When do tickets go on sale for Everyone You Know’s UK and Ireland tour?

Tickets for Everyone You Know’s UK and Ireland tour go on sale at 9am on Thursday 22 August.