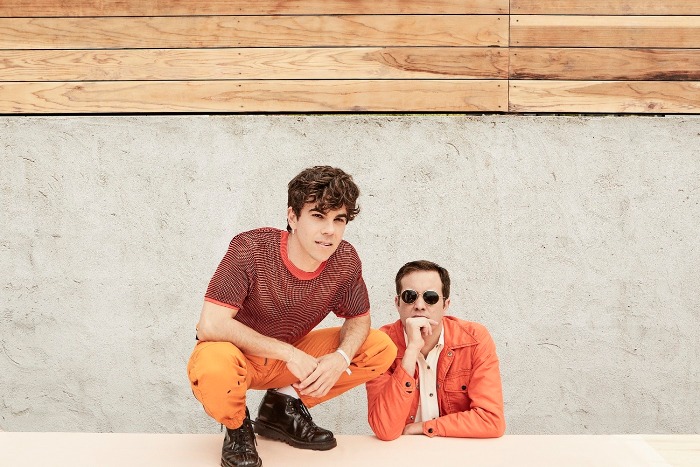 After releasing their latest album Kin, Electric Guest headline at Manchester’s Deaf Institute in the midst of a run of UK tour dates.

Kin came out in October and features the singles Dollar, Play With Me, 1-4 Me and recent single More.

Speaking about More, the band commented, “We wrote ‘More’ for anyone who feels like they’re searching for something different than what our culture is selling,” says Electric Guest’s Asa Taccone. “It was written with the hope that no matter how dire, despairing or seemingly impossible living can be, we are built for life and built to feed our best selves.”

Kin is Electric Guests’ third album, following on from 2017’s Plural and their 2012 debut Mondo.  The album marks their first new material since the California duo, since Asa Taccone scooped a Grammy Award for co-writing and co-producing Portugal The Man’s huge hit Feel It Still.

Kin is co-produced by Lars Stalfors and sees Taccone and Matthew Compton putting their own worldview, soul, grooves and hooks on to a pop base.

Electric Guest are now on a world tour in support of the album, with support for their four UK shows comes from Petrie.

When do Electric Guest headline at Manchester’s Deaf Institute?

Electric Guest headline at the Deaf Institute, Manchester, on 3 December 2019.