East is East coming to The Opera House 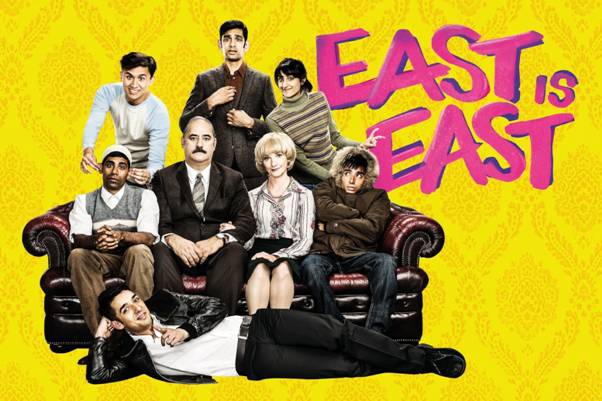 Ayub Khan Din’s hugely successful feature film East is East (originally his first play) is set to take to the stage in Manchester this coming January as part of a three week UK tour.

As part of Artistic Director Jamie Lloyd’s second Trafalgar Transformed season at the Trafalgar Studios, East is East starts previewing in the West End this week, 4th October – 3rd January 2015 after which it will play to the New Alexandra Theatre Birmingham, Richmond Theatre and finally, The Opera House Manchester.

‘Pakistani chip-shop owner George Khan – “Genghis” to his kids – is determined to give his children a strict Muslim upbringing against the unforgiving backdrop of 1970s Salford. Household tension reaches breaking point as their long-suffering English mother, Ella, gets caught in the cross fire – her loyalties divided between her marriage and the free will of her children. ‘

Multi award-winning star of stage and screen, Jane Horrocks, will star as Ella opposite award-winning playwright Ayub Khan Din himself, as her husband George.

East is East is Din’s semi-autobiographical account of life in the 1970s for a British Asian multi-cultural family living in Salford and the cultural clashes that ensue.

Acclaimed director Sam Yates, who most recently directed Billy Liar by Keith Waterhouse at the Royal Exchange Theatre Manchester, will be making his West End directorial debut with this production. Design is by Tom Scutt, lighting by Richard Howell and sound and music by Alex Baranowski.

Ayub Khan Din said “It’s great that we are touring East is East – I believe it’s really important that London shows can be seen all over the country. I’m particularly proud to be playing the Opera House in Manchester, a theatre I used to pass every day on the bus on my way to a job I hated, little thinking that one day my own play would be gracing its stage!”