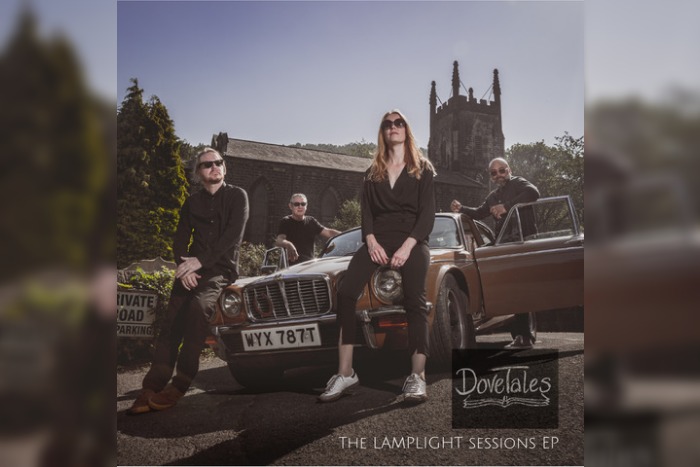 Dovetales have announced a fundraising gig in favour of Forever Manchester at The Eagle Inn in the run up to Christmas.

The group are set to take their new EP The Lamplight Sessions on the road for a final run of Winter shows with their final show, a hometown gig, featuring special guests.

DoveTales are fronted by chief vocalists and songwriters, Stef Rose (formerly of The Sylvias and Wild Ginger) and Happy Mondays/Hippy Mafia guitarist Johnny Evans.  They are joined by drummer Christ Joyce (perhaps best known for his work with the Durutti Column, The Mighty Wah!, and Simply Red), plus former Hollie Cook bassist Victor “Fela” Freeman on bass.

The four track The Lamplight Sessions EP was released in October via AWAL featuring the tracks Bully, Come Over Here, You and I and M6.  The EP was recorded with engineer and co-producer Greg Turner.

The upcoming final edition of the Lamplight Sessions on 6th December 2019 promises to be a bumper pre-Christmas special.  The evening will be hosted by CP Lee. A bona-fide legend around these parts, Lee, is a musician, author, broadcaster and lecturer who has more than made his mark on the Manchester scene over the last five decades. From his “snuff-rock” musical Sleak in 1977, to his work with John Scott in Gerry & the Holograms, to his memorable memoir When We Were Thin (2007); Lee has seen and done it all, and promises to be the perfect compere for the evening.  Fine support for the evening also comes from the very talented Emma Mould who will be playing an acoustic set. Hand-picked by DoveTales for the occasion, Emma is singer-songwriter who spins an eclectic mix of folk, gospel, and rock into her bewitching compositions.

And being the season for goodwill and charitable giving, The Eagle Inn show will be in support of Forever Manchester: a charity that raises money to fund and support community activity across Greater Manchester, helping local people do extraordinary things together.  The night will feature a tomboloa (featuring a top prize of a trip to New York) plus donation buckets at the venue.

When do Dovetales headline at The Eagle Inn?

Dovetales headline at The Eagle Inn on 6 December 2019