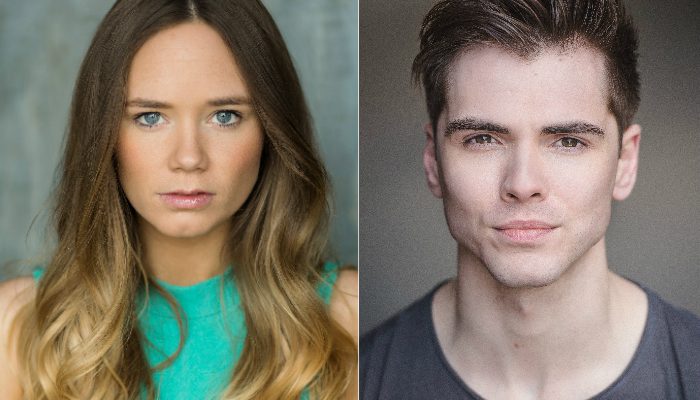 Daisy Wood-Davis will star as Carole King as Beautiful – The Carole King Musical comes to Manchester’s Palace Theatre in June 2020.

Casting has now been announced for the touring production of the highly successful West End show.

The Olivier, Tony and Grammy award-winning musical is produced by Paul Blake, Sony/ATV Music Publishing and Mike Bosner in association with Michael Harrison.

Beautiful – The Carole King Musical tells the true story of King’s rise to stardom, from being part of a hit songwriting team with her husband Gerry Goffin, to her relationship with fellow writers and best friends Cynthia Weil and Barry Mann, to becoming one of the most successful solo acts in music history and a chart-topping legend.

Daisy Wood-Davis is probably best known as Kim Butterfield in Channel 4’s Hollyoaks. Her other TV credits include Tansy Meadow in EastEnders and Phoebe Crowhurst in Holby City. Daisy’s theatre credits include Laura in Dreamboats and Petticoats in the West End and on tour, Janet in the European tour of The Rocky Horror Show and most recently Sheila in the UK tour of Hair.

Adam Gillian trained at the Royal Conservatoire of Scotland. He has appeared in Hadestown at the National Theatre and Refresh at the Underbelly Festival.

Laura Baldwin can currently be seen as Dawn in the original London company of Waitress at the Adelphi Theatre. Her other theatre credits include Janey in Eugenius! and Story Sandra in Big Fish, both at The Other Palace.

Cameron Sharp played Theo in the original London cast of School of Rock at the Gillian Lynne Theatre. His other West End credits include Drew in Rock of Ages at the Garrick Theatre. He has also appeared in Jesus Christ Superstar at Regent’s Park Open Air Theatre and the national tour of Avenue Q.

Susie Fenwick’s many West End credits include Sister Margaretta in The Sound of Music at the London Palladium, The Woman in White at the Palace Theatre, Jennyanydots in Cats at the New London Theatre, Beauty and the Beast at the Dominion Theatre, Copacabana and Aspects of Love, both at the Prince of Wales Theatre and Les Misèrables at the Palace Theatre.

Oliver Boot’s many credits include The Curious Incident of the Dog in the Night-Time at the National Theatre and on tour, the European premiere of Finding Neverland at Leicester Curve, Antony and Cleopatra, A Midsummer Night’s Dream and King Lear, all at Shakespeare’s Globe and the national tours of Hay Fever and Bedroom Farce.

When does Beautiful – The Carole King Musical run at Manchester’s Palace Theatre?