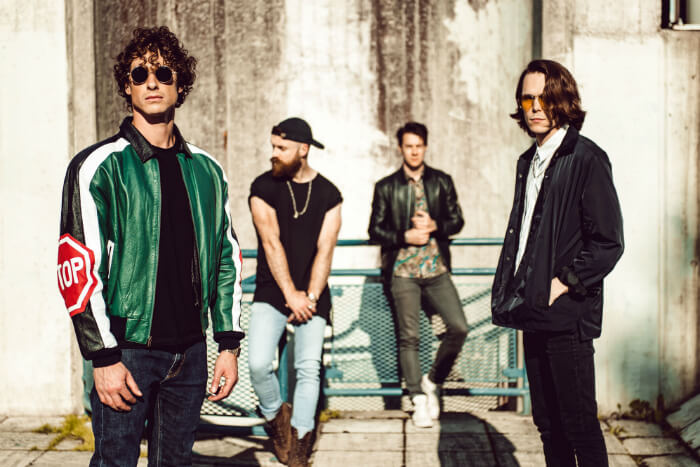 The seven date, February 2019, tour also includes their biggest headline show to date at London’s Wembley Arena and follows the success of their Top 5 album Technology, which was released earlier this year and their latest reveal, the video for their single Greatness.

Greatness is the fifth in a series of surreal videos Don Broco have made with US production company Dominar Films which have seen the band build on the traditional music video formula with previous films including Everybody, Pretty, Technology and Come Out To LA.

The hugely entertaining film for Greatness sees the band in a Mad Max (albeit complete with a dance routine) style battle in a post apocalyptic Los Angeles.

Lead singer Rob Damiani explained, “Our video for ‘Greatness’ picks up 10 years after what went down in ‘Come Out To LA’ & ‘Technology’. My cyborg self has been buried in the desert and the Earth has been decimated by aliens but luckily I have one ally left who’s got my back in this post-apocalyptic world…”

Speaking of the tour, he added, “We’re so excited to announce our biggest tour to date and first ever arena run next February! We had the best time at Alexandra Palace last year so are massively looking forward to bringing the full Technology show to the rest of the UK. We’ve never played Wembley Arena before so finishing the tour there will be insane. I saw Foo Fighters there back in the day, it was the first time I’d ever crowd-surfed and remember so vividly getting hauled over the barrier then running back round to the back of the crowd and going up again and again. I reckon I must have crowd-surfed about 10 times. I love that place!”

Joining Don Broco on tour will be Neck Deep and US metalcore band Issues.

When do Don Broco headline at Manchester’s Victoria Warehouse?

When do tickets for Don Broco at Victoria Warehouse go on sale?