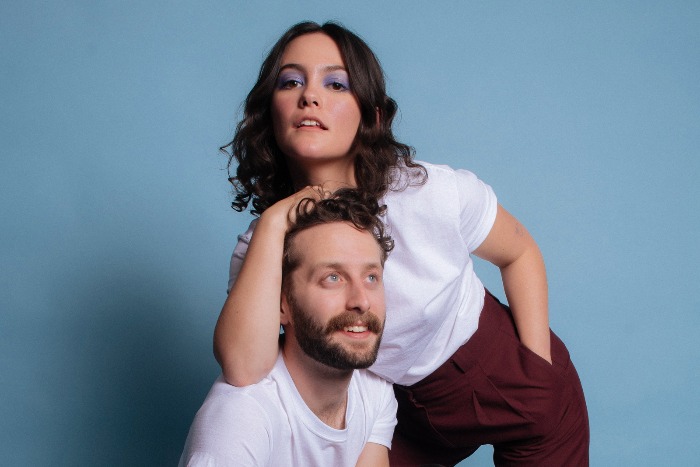 Diet Cig have revealed their new single Night Terrors ahead of a UK tour including a Manchester gig at YES.

The duo of Alex Luciano (guitar and vocals) and Noah Bowman (drums) are back with their first new material since their debut album Swear I’m Good At This in 2017.

Speaking about the track, Alex Luciano commented, “This song centers around my very real and frequent experiences with night terrors and other bizarre sleep activity. If we’re close enough to have ever shared a room, you know what I’m talking about. This song goes out to you.

“The idea of night terrors also represents the fact that no matter how hard I try to curate a specific and perfect version of myself, the embarrassing, weird, unlikable parts are always going to be there too. The people I’m closest with will always end up seeing them, when they inevitably come hurling out of me like my night terrors in the middle of the night. This song’s about holding onto that hope that the real ones will like me even with all my weird freaky stuff underneath. Even when I’m screaming at them in my sleep from across the hotel room.”

Diet Cig have also announced a run of four UK tour dates including a Manchester gig at YES.

When do Diet Cig headline at YES Manchester?

When do tickets go on sale for Diet Cig’s UK tour?