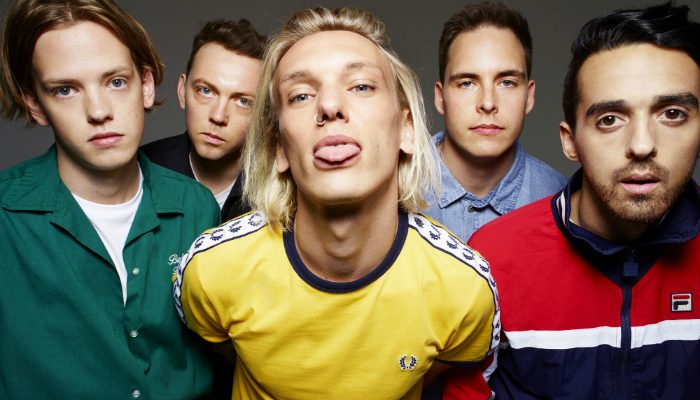 Counterfeit. have revealed the video to their latest track, The New Insane, ahead of a run of UK dates including Manchester’s O2 Ritz.

The video to The New Insane mirrors the energy Counterfeit. have packed in to the track, displaying blood-red hues over flashing live footage of the band’s gigs.

The video was shot over Counterfeit.’s UK and European tour last year.

The New Insane was added to a series of New Music Friday playlists across the globe  and received its first radio play courtesy of BBC Radio 1 Rock Show’s Dan P Carter.

The 4-piece have recently announced that they are to support Canadian rockers Palaye Royale on the UK leg of their world tour, next month. They will kick things off at Glasgow’s Garage on 18 February, and make their way around the UK where they will play shows in Manchester, at London’s Shepherd’s Bush Empire, and Birmingham before wrapping things up at Bristol’s SWX.

When do Counterfeit. perform at Manchester’s O2 Ritz?

Counterfeit. perform at the O2 Ritz Manchester on 19 February 2020