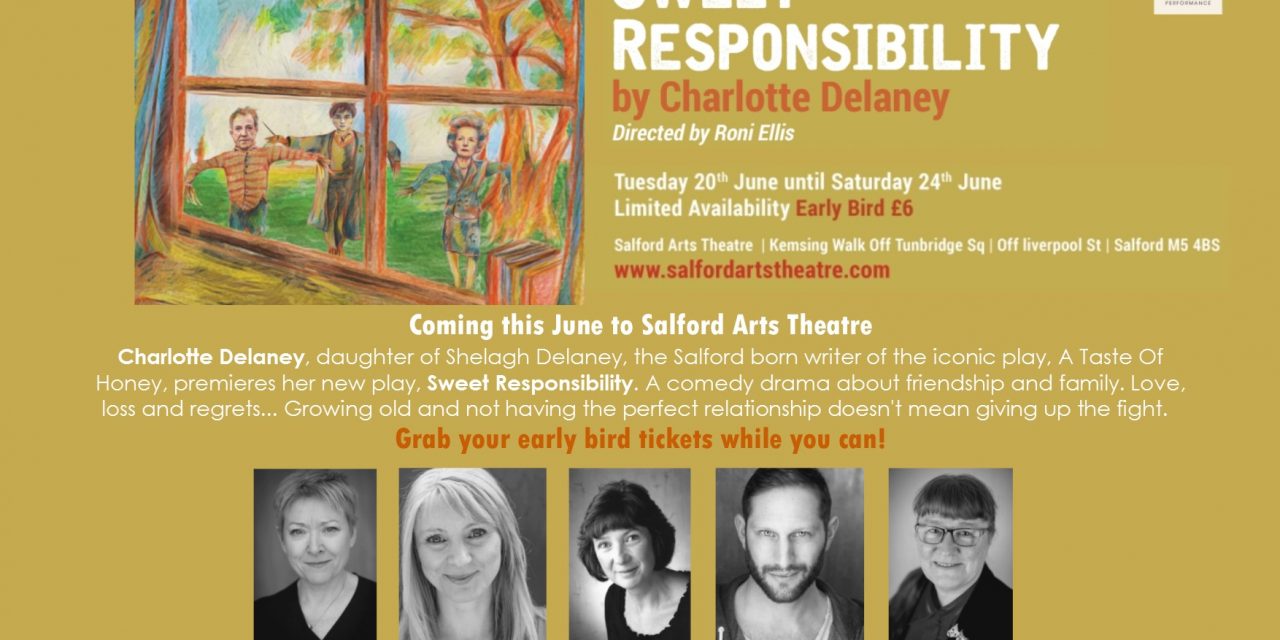 The new play is a comedy drama about friendship and family.  Growing old and not having the perfect relationship doesn’t mean giving up the fight.  Love, loss and regrets….

A part of the writing team of The Archers, Charlotte Delaney is writer in residence at Oxford University Women in Humanities Research Centre.

Charlotte Delaney, daughter of Salford writer Shelagh Delaney, spoke of Salford Arts Theatre hosting the play’s debut, “I’m psyched that Sweet Responsibility’s first outing as a fully functioning, all systems go, play, will be at Salford arts theatre. Growing up I had a very close relationship with Salford and I’m delighted to have that romance rekindled.”

Director of the play Roni Ellis added “Initially I had been to a reading of the play back in 2016.  Once I had chance to sleep on it I decided to contact Charlotte and the rest is history as they say.  I’m thrilled to be working on Charlotte’s play and also excited to be working with her during the rehearsal process”.

When is Sweet Responsibility performed at Salford Arts Theatre?