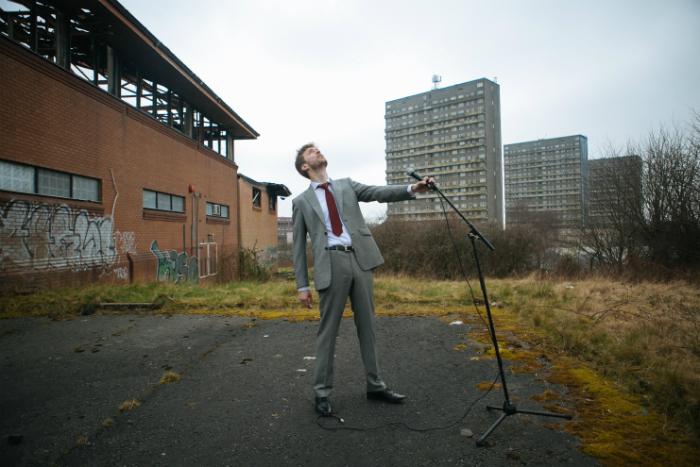 Two hit shows come to Home Manchester next week as part of the theatre’s programme of thought-provoking and innovate theatre in the venue’s Theatre 2 space.

Exploring the treatment of the bereaved and happiness after tragedy, Jack Rooke: Good Grief runs Wednesday 17 to Friday 19 May.  2016 Edinburgh Festival Fringe First winner Heads Up is performed Thursday 18 to Saturday 20 May, providing an innovative take on life in modern Britain.

What is Jack Rooke: Good Grief at Home Manchester about?

Writer and comedian Jack Rooke celebrates finding happiness after tragedy in Jack Rooke: Good Grief .  Rooke’s critically acclaimed debut show blends comedy, storytelling and film to explore how we treat the bereaved and the state of welfare for grieving families.

With a coffin full of sympathy snacks, Jack Rooke and his 85-year old nan, Sicely, invite you to the happiest town in Britain, where dad’s dead and the only thing to eat is lasagne.

Jack Rooke: Good Grief was nominated as Best Show by an Emerging Artist in the Total Theatre Awards in 2015 and subsequently commissioned by BBC Comedy for a Radio 4 programme.  The show comes to Home as part of a national tour.

What is Heads Up at Home Manchester about?

Writer and performer Kieran Hurley weaves a picture of a familiar city at its moment of destruction, asking what would we do if we found ourselves at the end of our world as we know it.  The show is directed by Julia Taudevin and Alex Swift, with music by Michael John McCarthy.

A city. Just like this. Right now. A teenage girl boils up in rage in a toilet cubicle. A finance worker preaches doom in a busy train station. An absurd coke-addled celebrity races through town on a mission. A paranoid stoner stares blankly at the endless disasters on the TV news. In just one moment, all their worlds will end.

Kieran Hurley is a multi award winning writer and performer, scooping accolades at the 2016 Edinburgh Festival.  He explained that Heads Up “is about living in a world built on disaster.  It’s about how we make sense of our lives in the context of global catastrophe; economic, environmental and humanitarian. It’s difficult to say what the impulse behind making it is, beyond needing to deal with the feeling of incredible anxiety I sometimes have when reading the news.

“There are some jokes too, though, don’t worry. It bears a clear relationship to some of my previous work if you liked that, but it’s also unlike anything I’ve made before. I’m trying out some entirely new approaches as a performer, through a really innovative sound design by Michael John McCarthy which I’ll be controlling and operating from the stage.”

When do Jack Rooke: Good Grief and Heads Up run at Home Manchester?