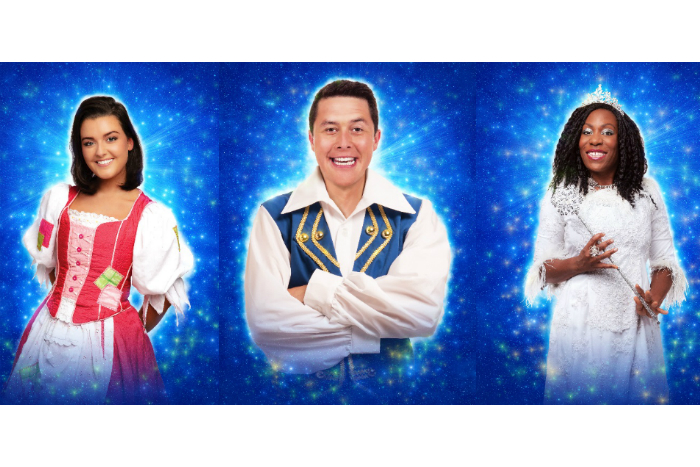 Further casting details have been announced for the Cinderella which is coming to Manchester Opera House this Christmas.

CBBC star Shannon Flynn has been confirmed to join the production of Cinderella in the title role.  She will be joined by comedian Ben Nickless as Buttons and Hayley-Ria Christian as The Fairy Godmother.

Shannon Flynn, who hails from Rochdale, is no stranger to family entertainment, known to children for her role in the CBBC show Dani’s Castle and as a presenter on children’s entertainment show Friday Download. Shannon is perhaps best known for playing Emily James in the BBC school-based drama, Waterloo Road.

Cinderella’s best friend Buttons will be played by Ben Nickless, who started his working life playing the comedy clubs of the North West. His career took off in 2006 when he performed his own style of comedy and impressions on the BBC Television series Let Me Entertain You alongside Brian Conley and Christine Bleakley, winning his episode. Ben has also proven to be one of the country’s most popular pantomime performers, playing to audiences up and down the country. Ben has played every pantomime comic role including Muddles, Smee, Wishee Washee, Idle Jack and this year, his favourite part, Buttons.

No pantomime would be complete without some Fairy Godmother magic, and Soul vocalist Hayley-Ria Christian will bring more than a little magic to the stage in this year’s production. Hayley is an accomplished musical theatre performer having performed in many shows such as Sister Act, as well as being a vocalist on major tours including Sheridan’s Smith’s UK theatre tour last year.

When does Cinderella run at Manchester Opera House?

Cinderella runs at Manchester Opera House from 8 December until 30 December 2018.  Tickets are priced from £12.