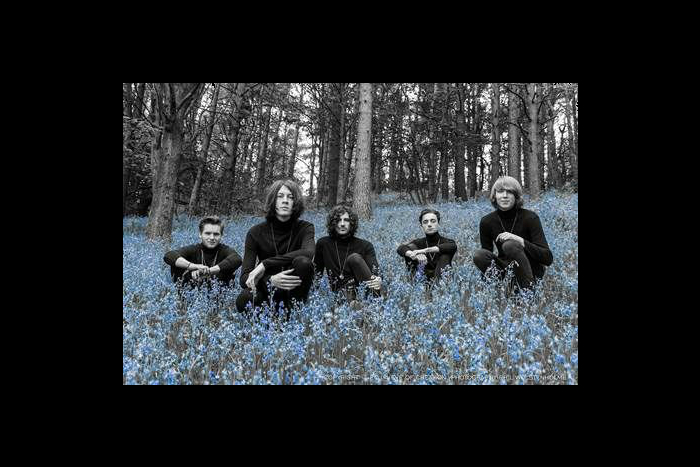 Stockport’s own Blossoms have announced a series of UK tour dates which will see them performing at Manchester’s Gorilla on 28th March 2015.

Describing themselves as a ‘sort of, Stockport supergroup’, each member of the band, Tom Ogden (Vocals/Guitar), Charlie Salt (Bass), Josh Dewhurst (Guitar), Joe Donovan (Drums) and Myles Kellock (Keyboards) live in stockport and played in several different local bands before coming together.

To coincide with the tour, Blossoms will also be releasing their new single Cut Me And I’ll Bleed on 2nd March.  The single is set to include a live version of The Urge.  Produced by The Coral’s James Skelly at Parr St Studios in Liverpool, the collaboration came about after Skelly heard one of the band’s early tracks, You Pulled A Gun On Me, and invited them to his studio.  The band commented “James Skelly from The Coral saw it [You Pulled A Gun On Me], loved it and was like, ‘You’s are f***ing boss. Come & jam with me’. When the man who who’s written some of the greatest guitar tunes in the last 10 years, invites you down the M62 to go to his house for tea, first you pinch yourself and then you ask, ‘do you want us to bring some dessert?’ and get down there.”

Tickets for Blossoms performing at Manchester’s Gorilla go on sale at 9am on Wednesday 17th December priced £8 plus booking fee.