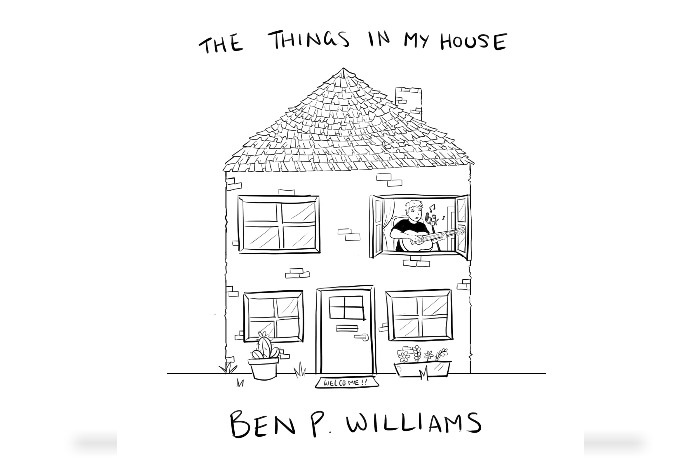 Manchester singer and songwriter Ben Williams has released charity single The Things In My House in support of Mind and Age UK.

Like many musicians Ben Williams lost all his work overnight with the measures to tackle Covid-19 making live gigs impossible.  Finding himself in the middle of lockdown on his own he set himself a challenge to write a song a day for a month to pass the time.  You can listen to the songs and accompanying videos on Ben P Williams’ YouTube channel.

One of those songs, The Things In My House has now been released as a single after attracting more than 12,000 views on Facebook within a week.  Alongside the single he has launched a JustGiving campaign in support of Mind and Age UK. Ben is eager to raise money and awareness for both Mind and Age UK charities whose work has become even more valuable within the context of the Covid-19 pandemic.

Each day of his songwriting challenge Ben wrote and recorded a new tune to share on social media. What started with just Ben and his acoustic guitar soon grew into something more. As he figured out how to work Zoom and use his new camera, the project developed to include virtual cowrites, elaborate videos, and a big collaboration on the final day to showcase all 16 artists he had worked with.  During the campaign he worked with artists including Charlotte Evans, Dave Speakman, Hannah Ashcroft and Olivia Deane.

As Ben explains he normally takes inspiration from the places he goes, people he meets and things he seems, but with lockdown giving only limited opportunities for that he turned to his immediate surroundings for inspiration.

It’s a list of all the things he found in his house that rhyme. To raise awareness and celebrate the release, Ben is also launching ‘The Things In My House Challenge’, asking people to come up with a short verse of their own with things in their house that rhyme.

Find Ben at @benpwilliams on all social media to check out his song a day challenge and support Mind and Age UK charities by downloading and streaming The Things In My House wherever you listen to music.