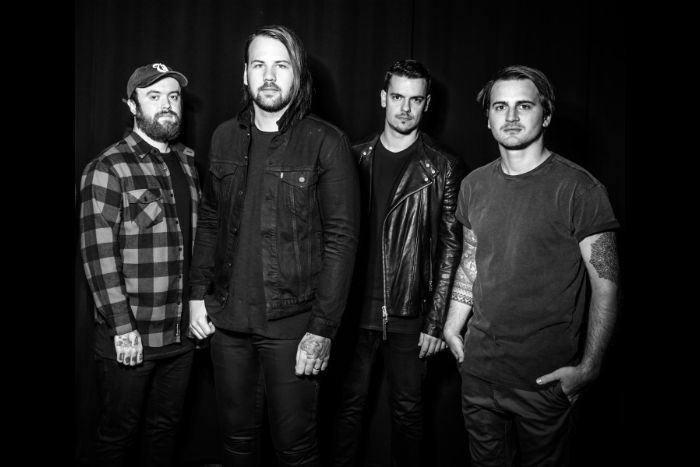 Following their main stage performance at Download Festival, Ohio hardcorers Beartooth have announced a run of UK dates for December 2016.

In the two short years since their debut album was cooked up in front man Caleb Shomo’s basement, Beartooth has catapulted into heavy music’s stratosphere. They have collected over 10 million views on YouTube, trekked around the globe sharing the stage with Slipknot, Pierce The Veil, Bring Me The Horizon and Sleeping With Sirens and playing festivals like Reading & Leeds, Download and the Vans Warped Tour. They’ve earned multiple Alternative Press and Kerrang! award nominations, gotten daytime airplay across the globe and been named a “New Artist You Need To Know” by Rolling Stone.

For Aggressive (Out now on Red Bull Records), Shomo again retreated to his home studio to write, perform and produce the album’s 12 tracks, re-teaming with John Feldmann (The Used, Blink-182) for a bit of songwriting contribution and enlisting David Bendeth (Killswitch Engage, Paramore) to mix the release. The resulting songs have as much in common with stomping metalcore as old-school punk, vintage screamo and harder-edged pop punk, combining circle pit-inducing bangers with soaring choruses and bridging raw authentic intensity with accessibility.

Tickets for Beartooth performing at Manchester Ritz on 12 December are on sale now.