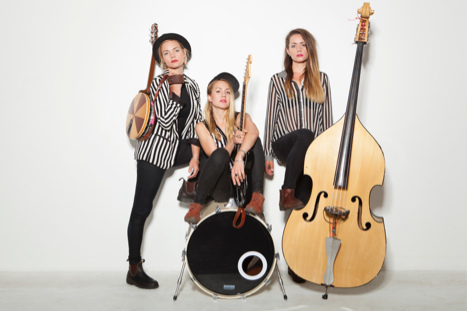 Swedish trio Baskery have announced their return to the UK to perform a series of gigs, including a date at Manchester’s Gullivers on 23rd October.

The three sisters (Greta, Sunniva and Stella) recently signed to Warner Bros Records and are working on new material for the upcoming album.  The band has drawn comparisons with everything from The Black Keys through to Fleetwood Mac, performing a distinctive blend of punk, folk and Americana.  It’s definitely unique, which is hardly surprising since their instrumentation involves a double bass, six string banjo and accoustic guitar – they themselves describe their sound as ‘banjopunk'(!), ‘new folk’ and ‘nordicana’.

In Review: Sasha McVeigh at Night and Day Cafe