In Review: Sasha McVeigh at Night and Day Cafe 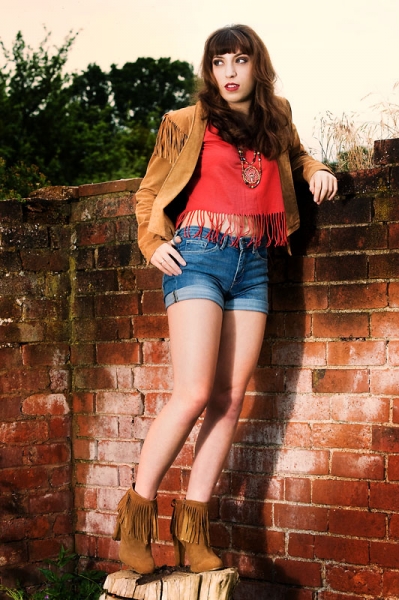 Sasha McVeigh loves to tell stories with her music, with personal experience playing a massive part in the songs she writes.  And it’s this honesty in her music which transports so perfectly to her live performances where her passion for performing and her music shine through.

At Night and Day Cafe, with just her guitar (and at times banjo) for accompaniment, she performed an excellent set, showing why she is a talent to watch and why after performing at numerous festivals in the US they have all been so keen to snap her up again for next year.

Kicking off with the song Time Of My Life, it was immediately noticeable that Sasha McVeigh has an extremely strong, beautiful voice – perfect for country music as her delicate yet strong vocals accompanied heartfelt lyrics.  The tone was set and followed by a series of outstanding tracks from her debut EP and her forthcoming album.

She freely confesses that she likes to share the stories of her songs whilst on stage, which she did throughout, interacting with the audience confidently which is an art all too many artists are shunning at the moment, all to content to play their music and leave.  It’s this refreshing approach which certainly helps to build a connection with the audience and help listeners to become invested in the songs, fully understanding and feeling what is being performed to them – songs such as the simply stunning Would You Stay, a break-up song written from personal experience and debuted a few months earlier at the ACM Kick-Off party in Las Vegas during her six week US tour.  The personal approach to songwriting was also there in Two Ships, which is set to be her debut single in January.  A slightly faster paced, but emotive piece which featured some beautiful arches.

Things are certainly looking positive for the 20 year old as she is set to return to Nashville (where she recorded her debut EP) to record her first full-length album.  This comes after the conclusion of her current mini-tour (Manchester based readers can catch her by making the short trip to Liverpool on Thursday 25th September, Blackpool on Saturday 27th September or Oldham on 3rd October).  She is also set to follow up with a three month tour of the UK at the beginning of 2015 (watch this space for details) with the album set to appear in March.

You may also be interested in:
In Review: Ward Thomas at The Castle
The Shires and Ward Thomas Announce Joint Headline Tour