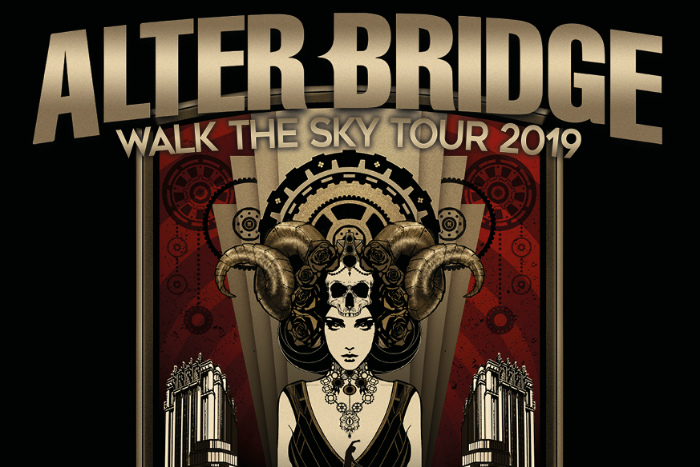 Alter Bridge will headline at Manchester Arena just two months after the release of their sixth studio album, Walk The Sky.

The 14-track Walk The Sky is due for release on 18 October through Napalm Records.  Alter Bridge adopted a new approach to recording the latest album.  Complete song ideas were created by Myles Kennedy (covals/guitar) and Mark Tremonti (guitar/vocal) and were then worked on by the entire band.

Alter Bridge will headline six UK arena dates, opening at Nottingham’s Motorpoint Arena.  They will be joined by special guests Shinedown and Sevendust.

Speaking about the tour Mark Tremonti commented, “We are honoured to be returning to the UK with our friends in SHINEDOWN and SEVENDUST this winter. See you all very soon, we couldn’t be happier with the line-up and can’t wait to share our new tunes with you!”

When do Alter Bridge headline at Manchester Arena?

When do tickets for Alter Bridge’s UK tour go on sale?

Tickets for Alter Bridge’s UK tour go on sale at 10am on Friday 21 June.  Pre-sale tickets are available from 10am on Wednesday 19 June.