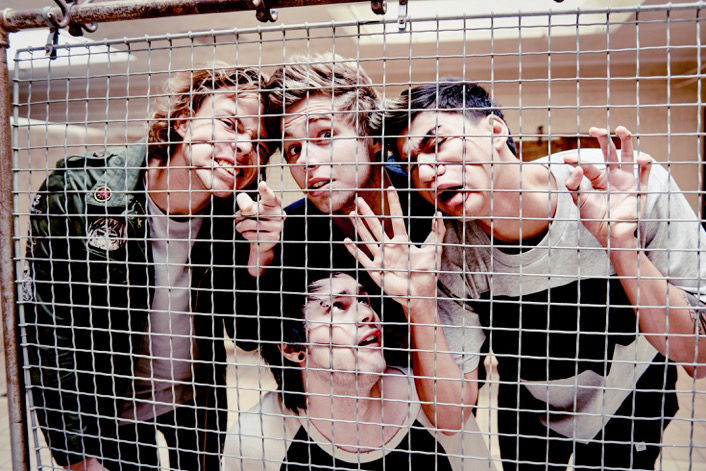 5 Seconds of Summer have announced a second Manchester tour date for their Sounds Live Feels Live tour which is set to hit the UK in 2016.

The additional date sees 5 Seconds of Summer perform at Manchester Arena on 23 April 2016.

The news follows extraordinary demand for tickets which has also seen additional dates added for Brighton, Cardiff and Glasgow.

Sounds Good Feels Good, due to be released on 23 October, sees the band collaborate again with rock veteran John Feldmann (producer, All Time Low, Good Charlotte, Boys Like Girls) who executively produced the album. The result is an album packed with adrenaline-fuelled pop-rock hits that give a nod to their super-rock turn-of-the-millennium US Alt-Rock influences. The band spent three months living together in a studio in LA writing and recording an album that they have poured their hearts and souls in to and are very proud of. The new album is the follow-up to their self-titled debut album, which sold in excess of three million copies worldwide making it the biggest US debut album of the year.

The new album hit the No. 1 spot on iTunes in 50 different countries within hours of the pre-order going live and 5SOS was the No. 1 act on iTunes worldwide. Lead single ‘She’s Kinda Hot’, a lyrically mischievous riot of an anthem, also topped the iTunes charts in 41 countries.