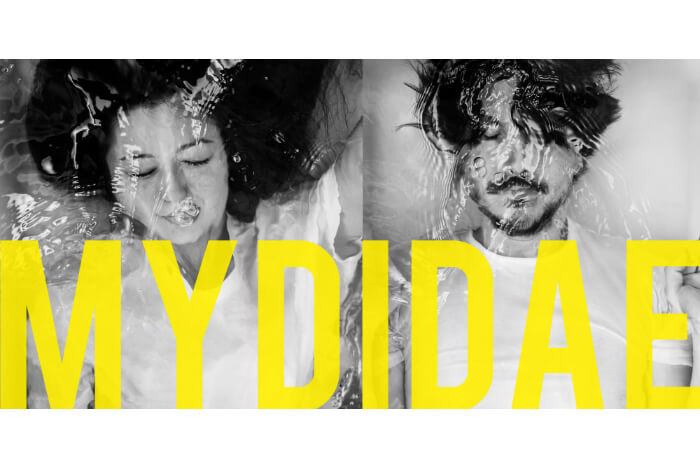 Led by Stockport based David Gregan-Jones the theatre company is promising a ‘more authentic’ Valentine’s Day experience as they bring BAFTA winner Jack Thorne’s play to life.  Mydidae is directed by Laura Woodward.

Mydidae will run from Wednesday 13 February until Saturday 23 February offering the perfect antidote to valentine’s fever.  “When it comes to living and loving in the real world,” says Gregan-Jones “we know it’s not always cherubs and chocolates.  We wanted to give Manchester audiences an insight into a relationship that is more honest, cathartic and loads more compelling than the verse in a Valentine’s card.”

Staged in a specially-designed bathroom set incorporating a full sized bath at Hope Mill Theatre in Ancoats, characters Marian and David let an attempt at a romantic candlelit bath descend into shaving and peeing, as well as an autopsy of the most painful events in their relationship.

Mydidae was written by BAFTA winner Jack Thorne, who is responsible for TV’s Skins, This is England and Harry Potter and the Cursed Child.

The play will star Gregan-Jones alongside Hollie-Jay Bowes, known for Hollyoaks’ Michaela McQueen and from Channel 4’s No Offence and the 2018 award-nominated production of The Newspaper Boy.

Speaking about bringing the play to Hope Mill Theatre, Gregan-Jones commented, “Bringing new theatre to Manchester is a real priority for Wonderhouse and we’ve been big fans of this play for a while now. It really examines all sides of love – the warmth, the humour but also the sadness and the more vulnerable moments.  We’re hoping it’s a bit of an antidote to the Valentine’s season, when some of us might just hit auto-pilot – buy the flowers, go to a restaurant but never really appreciate why.”

“The writing is amazing. It considers human nature just as much as love – this is definitely not just for people in relationships. I’m missing my anniversary and Valentine’s Day to be part of this, so I might be single sooner than I hoped anyway.” 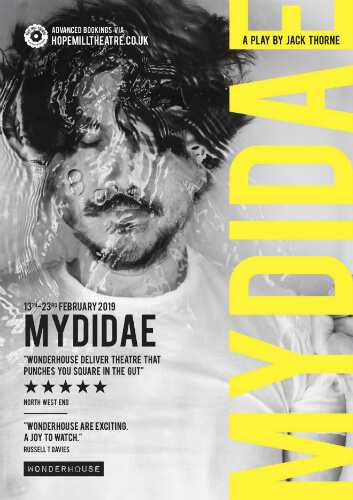 When is Mydidae performed at Manchester’s Hope Mill Theatre?