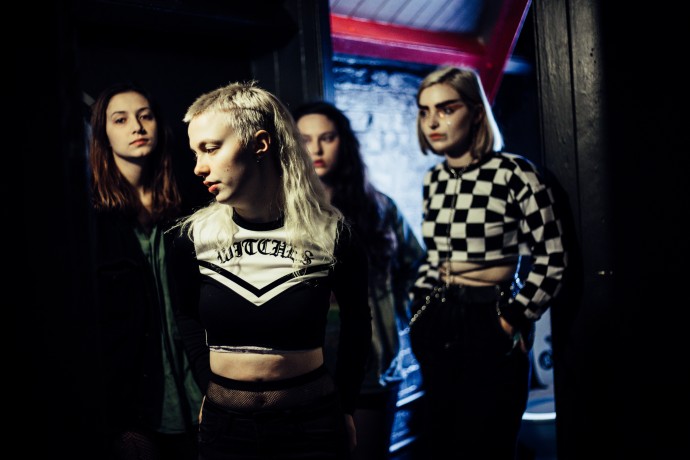 Manchester based all girl punk/grunge band Witch Fever have lined up a series of Manchester gigs over the next few months with performances at Soup Kitchen, Aatma, Zombie Shack and The Ritz.

The five-piece consisting of Alisha Yarwood (lead guitar), Alex Thompson (bass), Amy Walpole (vocals), Annabelle Joyce (drums) and Emilia Catle (guitar) have taken influences from the likes of The Cramps, Sonic Youth and Nirvana.  The band stated that what they do musically is driven by “A love for writing and performing.” They continue, “We’re all passionate about music, and through playing together we continue to encourage and empower eachother. We are also driven by the importance in disproving all the stigma and stereotypes attached to female musicians.”

So far, Witch Fever have already secured a support slot for The Moonlandingz, were featured in the first wave of announced artists for Neighbourhood Festival and have been signed to Black Bleach Records.

Witch Fever’s show at Manchester’s Ritz is on the special Glamour at Thee Ritz bill curated by Cabbage and featuring PINS, The Blinders, Rhythm Method, Witch Fever, Lady Bird, Sports Team and more performing across two rooms and headlined by Cabbage themselves.

Where and when will Witch Fever perform in Manchester?