Previewed: Kaze at The Castle Manchester 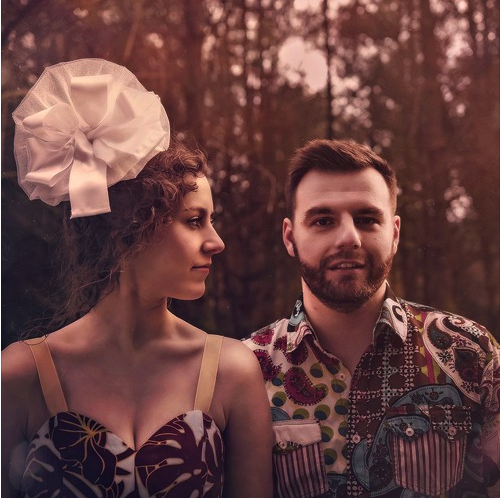 Kaze are hitting the road for a short series of live appearances ahead of the release of new material with the tour including a Manchester gig at The Castle.

Formed around Graham McCusker from Paisley and Amy Webber from Kent, KAZE’s story first began when the pair acquainted studying opera at the Royal Northern College of Music, Manchester. Finding a natural chemistry from the off, they soon began writing and performing together; Amy providing the soaring, operatically-charged vocals and lyrics that are so intrinsic to their spellbinding sound and Graham masterminding the complex and definitive musical arrangements from the keys and beyond.

However, the band’s origin was far from plain sailing, with Graham being diagnosed with a leukaemia in 2016. While he went through the trials and tribulations posed by the chemotherapy treatment, the pair used their time spent together for the positive by creating new and beautiful music out of this world. The songs to emerge from this time became Kaze’s 2017 debut EP No Filter, a release that was not only launched with a sell-out capacity show in Manchester, but also commemorated the triumphant completion of Graham’s course of treatment.

No Filter spawned the single Pinned On You which was picked up by BBC6 Music, BBC Radio Manchester and BBC Scotland amongst others whilst the one-take video for the track also garnered plaudits.

Where and when do Kaze perform in Manchester?

Kaze are set to perform a Manchester gig at The Castle on 27 April 2018.