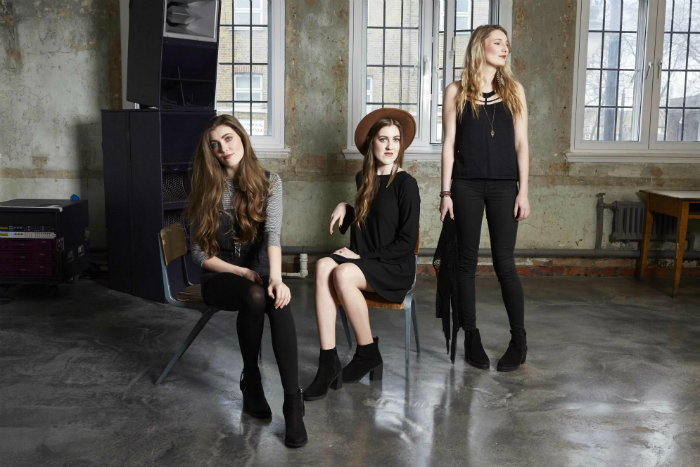 Acclaimed indie folk band Wildwood Kin will release their debut album Turning Tides ahead of a Manchester gig at Night and Day.

Turning Tides will be released on 18 August through newly re-launched Sony imprint Silvertone.  Family trio Wildwood Kin are heavily influenced by early folk, but their album promises to delve into other genres, featuring both electric and acoustic instruments.

Guitarist Emillie Key, her bouzouki/keyboard-playing sister Beth and their drumming cousin Meghann Loney all sing, swapping leads on original songs, and joining forces on harmonies that have become their trademark, inviting comparisons with the likes of Crosby, Stills and Nash and Fleetwood Mac.

“Making the album was a huge learning process,” says Emillie. “We had no idea what we were capable of and we constantly surprised ourselves. We went in to the studio not knowing where the boundaries were and discovered that, of course, there aren’t any. That’s what we found most exciting.”

Wildwood Kin recently supported Ward Thomas at Manchester’s Ritz.  The trio will perform widely during featival season this Summer with appearances at Glastonbury Avalon and BBC Introducing Stages, plus BBC Radio 2’s ‘Festival In A Day’ in Hyde Park.

Where and when do Wildwood Kin play in Manchester?

When do tickets for Wildwood Kin at Night and Day go on sale?

Tickets for Wildwood Kin performing at Manchester’s Night and Day go on sale on Wednesday 21 June.