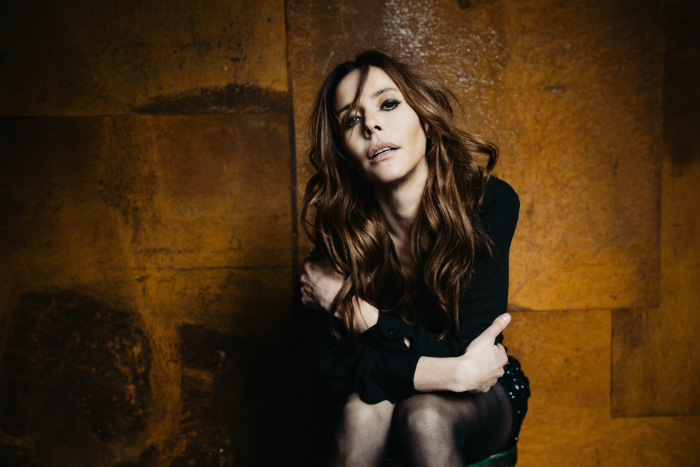 Nerina Pallot has announced that her new album Stay Lucky will be released on 13 October followed by a run of UK date including Manchester’s Deaf Institute.

Pallot plays piano, analogue synthesiser, guitar and percussion, and is joined by musicians including Bernard Butler (guitar on ‘Bring Him Fire’, ‘Come Back To Bed’ and ‘All Gold’), Markus Feehily (backing vocals on ‘Bird’, ‘Man Didn’t Walk On The Moon’ and ‘Come Into My Room’) and Rod Thomas AKA Bright Light Bright Light (BV’s on ‘Stay Lucky’ and ‘All Gold’). The core group on the album are from Michael Kiwanuka’s touring band – Steve Pringle on keys, Alex Bonfanti on bass and Lewis Wright on drums.

The theme of the album is a reaction to 2016.  “You know, least year was such a fucking weird year,” she sighs. “People were dying left, right and centre, the political system was so fucked up…”  This lead to herself thinking back to reading The Wasteland at university and people’s reactions to times of struggle – “Basically, it’s my death and shagging record,” she concludes. “That I hope people will get high and shag to, but hopefully not die while doing so!”

Where and when does Nerina Pallot perform in Manchester?

When do tickets go on sale for Nerina Pallot performing at Manchester’s Deaf Institute?

Tickets for Nerina Pallot at the Deaf Institute, Manchester, go on sale on Friday 16 June, with a pre-sale available now.