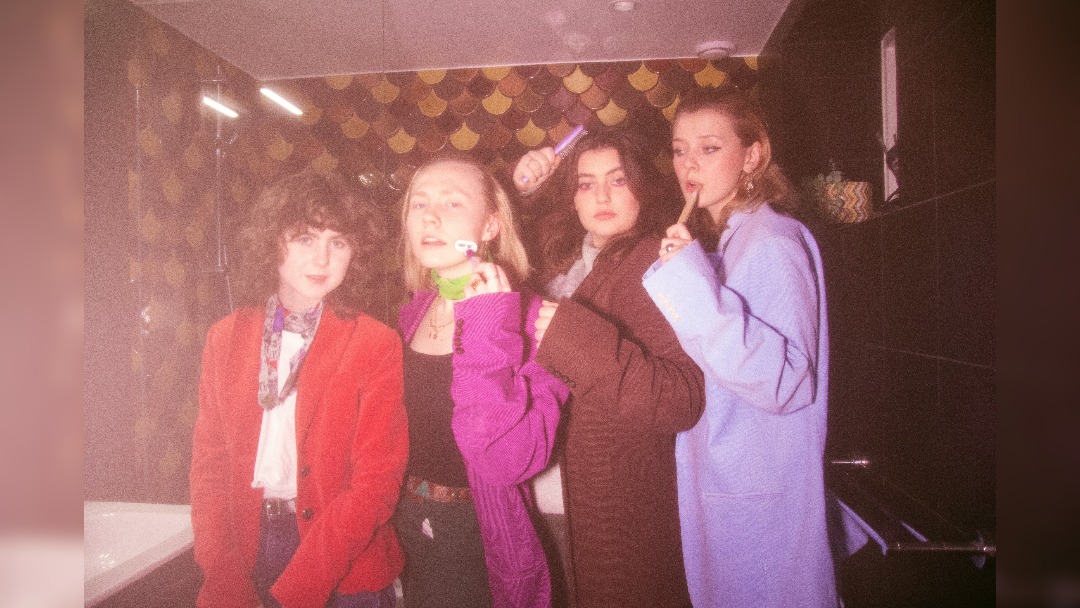 Veps have shared their bitter-sweet new single Ballerina (Norah) ahead of their debut UK headline tour.

The run of UK dates include a Manchester gig at YES and Liverpool gig at The Jacaranda.

Ballerina (Norah) is the second taste of new music from Veps since their debut EP Open The Door dropped last year.  The track is accompanied by a lo-fi, self-directed video.

Speaking about the inspiration behind the track, Veps said, “We all know somebody who at times speaks loudly about stuff they really don’t know well enough, but that we really love nonetheless.  Ballerina (Norah) is a song about being blown away by the flaws of the people you hold close, and also about breaking through the armor we keep around ourselves.”

Veps recorded Ballerina (Norah) at Skogen Studios in Bergen.  It has been produced by Matias Tellez.

They added about the video, “We had a lot of different ideas for this video, and couldn’t really decide which one to actually make. The song is about being a bad dancer, so why not cast the four worst dancers we know to star in the video? We shot the video in Laura’s basement again, but this time without the cake and chocolate sauce.”

Hailing from the eastside of Norway’s capital, Oslo, VEPS have known each other since elementary school and began playing music together in middle school, aged 14. Although growing up with very different influences, the girls had a common sense as outsiders and while making a short film together decided to make an impromptu band. With Helena, Laura and June already accomplished at their instruments, Maja was assigned as drummer, she had never touched a drum set before, and Veps was born.

Veps are currently working towards the release of their debut album later this year.

When do Veps headline at YES Manchester?