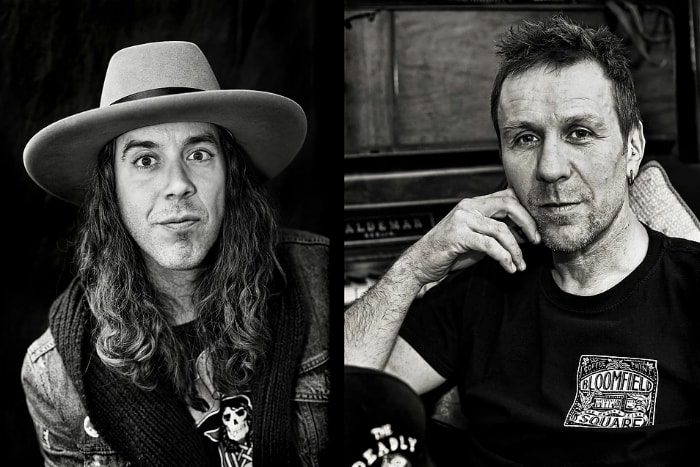 It seems like a bizarre union, but Texan rocker Ryan Hamilton (reared on country music greats) and Terrorvision’s Tony Wright have recorded an album together!  And it will be released ahead of a brief run of dates including a Manchester gig at Gullivers.

The duo have banded together to produce Grand Ole Otley, an album of re-worked country songs, marking the first release of a new transatlantic collaborative project led by their own version of Oh Lonesome Me.

Discussing how the collaboration came about, Ryan Hamilton explained that it came through producer Dave Draper, Ya know, I’m still not exactly sure how it happened. At the time, our [Traitors] new single ‘Smarter’ was doing well on UK radio… and one day, Dave goes, “What would you think about recording a song with Tony?” I was already a fan of Terrorvision, and we have a lot of mutual friends, but I had never met Tony. I don’t know if he heard our song on the radio, or just overheard our stuff that Dave was working on. Whatever happened, he expressed interest in working together. I was flattered and excited. Before I knew it, we were recording an old song together called ‘Everytime I’m Kissing you’. Never in a million years did I think we’d make an album together. Especially not THIS album. This whole thing continues to be the most wonderful surprise.”

One song quickly became an album covering country standards as well as some of the more obscure songs the genre has created with Grand Ole Otley forming a mix of country, Americana and folk with an occasional dark twist. 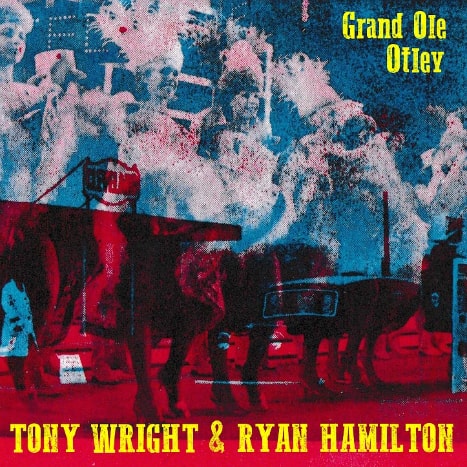 Initial takes for the album were captured in Wright’s coffee/print-shop, Bloomfield Square in Otley, Yorkshire, a renovated 18th Century building which operated as a temporary studio.

“There’s something really magical about Tony’s Bloomfield Square” Hamilton adds. “Talking through, deciding on the tracks, and doing the initial recordings in the back of that beautiful old building definitely lent itself well to the vibe and a direction of the album. It’s strange how things have fallen into place with this project. Accidentally. Sort of creepy, actually. But, again, that old school, dark/creepy vibe lends itself well to these tunes. I think we’ve stumbled onto something wonderful here. Accident or not, it just works. Even though on paper, it looks like it shouldn’t.”

When do Tony Wright and Ryan Hamilton play at Gullivers?