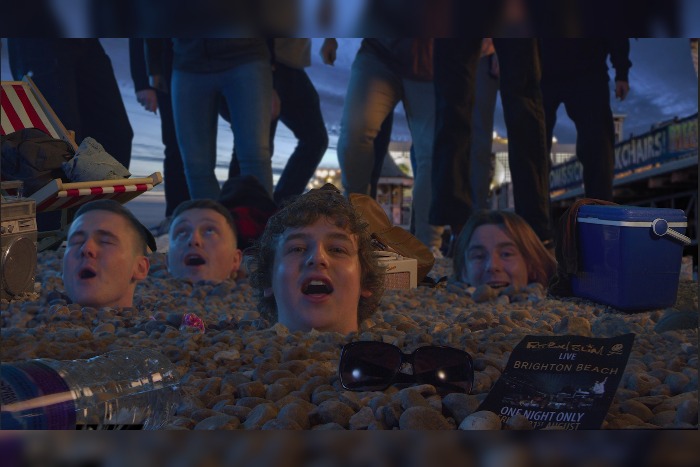 Ahead of a run of dates in April including a Manchester Academy 2 gig, The Snuts have revealed the video for their latest single Fatboy Slim.

Directed by the award-winning filmmaker Cassidy Burcher and set on Brighton Beach, the video pays homage to Brighton legend Fatboy Slim’s lairy beach parties.  Speaking about the track, lead singer Jack Cochrane commented, “The song is a nod to the nostalgic subculture of live music across the UK in the 90s and similar decades.”

The Snuts are set to hit the road again following the success of their sold-out 2019 Autumn UK tour.  They will perform six UK and Ireland dates including a Manchester gig at Manchester Academy 2.

They recently confirmed that new EP Mixtape EP will be release on 13 March.  Fatboy Slim marks the second track to be released from Mixtape EP and was recorded in LA.  The EP also features All Your Friends, Coffee & Cigarettes, Don’t Forget It (Punk) and Boardwalk.

When do The Snuts headline at Manchester Academy 2?