The Sherlocks share latest single ahead of Manchester Academy gig 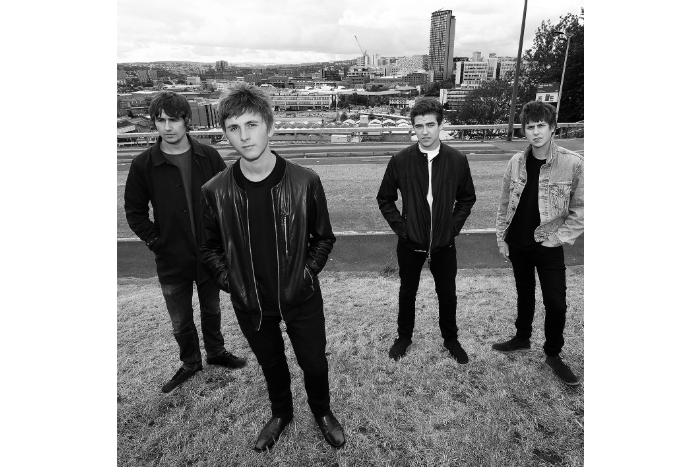 Four-piece indie rockers, The Sherlocks, have shared their latest single Last Night ahead of their latest tour which launches on 2 February, taking in Manchester Academy 3 on 20 February.

The band were formed in Sheffield when brothers Josh (guitar) and Andy (bass) Davidson moved in next door to brothers Kiaran (vocals/guitar) and Brandon (drums) Crook’s grandparents. Bonding over their mutual love of football and music, the brothers formed a friendship, owing especially to their shared taste in British giants like the Arctic Monkeys, The Beatles, Libertines, Oasis and The Jam. After several jamming sessions that took place in the dying days of 2010, The Sherlocks were born.

Their debut single Live for the Moment peaked at number 91 in Official UK Singles Chart, while their second single, Escapade, hit the charts at number 45. So far the band have sold out over 300 venues nationwide – including the O2 Academy and Manchester Academy, as well as playing Reading & Leeds and the Isle Of Wight festivals. Having supported bands like Simple Minds, Reverend & The Makers, The Buzzcocks and The Enemy – the band are currently playing their biggest shows to date supporting the The Libertines on the Northern leg of their UK tour.

“Hard work is what we are all about” says drummer, Brandon “We love playing live, we will play anywhere we can.  We just want to get our music out there and see the reaction of the fans”.

The Sherlocks perform at Manchester Academy 3 on 20 February 2016.