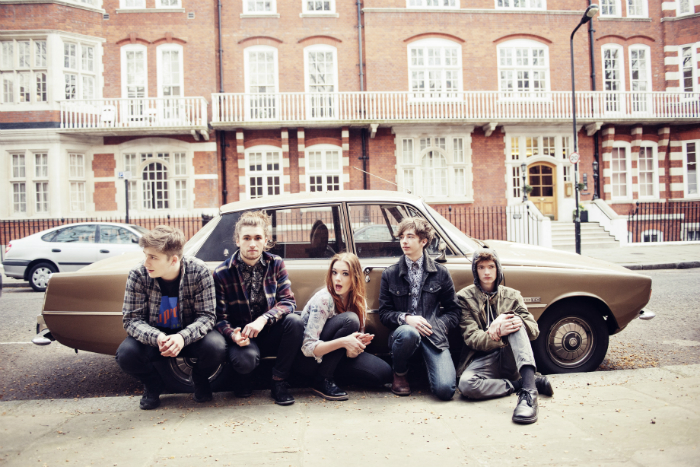 Sheffield’s finest, Slow Cub, return to Manchester to headline at the Deaf Institute.  With three fantastic albums under their belt, including the 2014 release Complete Surrender, the duo perform some of their best must-listen material.  And with their newer material comes a bigger sound, higher energy and infectious musicality, taking inspiration from Motown to Bowie.  Tickets £12.50 plus booking fee.

Returning to Manchester following their knockout show at the Deaf Institute in October, Marmozets are sure to pack a punch, as ever.  With an outstanding debut album released in 2014 in the form of The Weird And Wonderful Marmozets, they already have exceptional material to work with and are bound to bring unbridled energy and enthusiasm, as well as phenomenal musical ability (watch out for stunning riffs, strong driving basslines, a drummer eking out every last drop of aggression and formidable vocals from singer Becca Macintyre).  Their live gigs have received incredible praise on both sides of the Atlantic, as did their appearances at Glastonbury, Reading and Leeds, Download and Radio 1 Rocks.  Tickets £10 plus booking fee.

Boston post-punk trio Krill have recently released their latest album A Distant Fist Unclenching to rave reviews and it finds the band developing new maturity and somewhat moving on from the paranoid, self loathing of previous pieces, but still touching on the darker side of psychology and self-hatred at times.  Despite picking up a significant loyal fan base over the last few years, they are still the band which you may not have noticed – now’s the time.  Tickets £7 plus booking fee.

Celebrating 10 years since their formation with a run of shows across the UK, Fightstar come back together following a period of solo activity.  Whilst the band is getting ready to record their heaviest tracks to date, Charlie Simpson, Dan Haigh, Alex Westaway and Omar Abidi are picking up where they left off, but with renewed enthusiasm, and are set to perform  hits from their previous three albums, including their latest, 2009 release Be Human.  Support comes from Moose Blood, More Dangerous Animal (featuring Will Simpson, brother of Charlie) and Shvpes.  Tickets £15 plus booking fee.

Recently formed Manchester alt-rock outfit Noir Noir perform at Night and Day in support of their debut single release Claustrophic Love.  The foursome, Finn Sedas (guitars/keys/vocals), Nora King (bass/vocals), Eoin Ryan (drums) and Manuel Alcaino (guitar/vocals) have received early support from BBC Introducing and its easy to see why, with an experimental approach to rock, blending with aggression but not losing sight of the importance of a strong melody.  Tickets £5.

In Interview: Baskery
In Review: Marmozets and Lonely The Brave at The Deaf Institute
In Interview: Nina Nesbitt